Ogbonna: We were a totally different West Ham at Manchester United 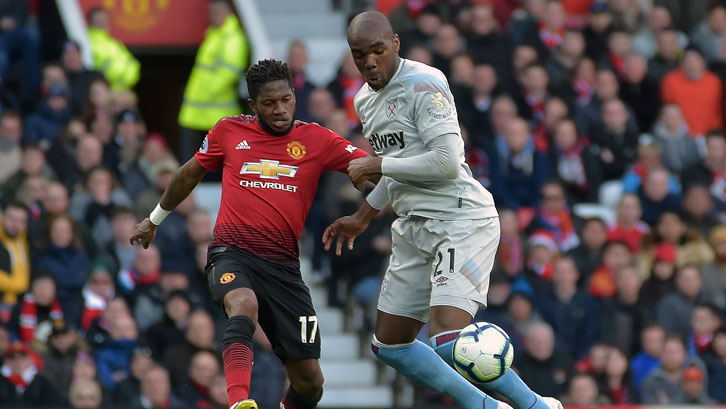 The Hammers were outstanding at times at Old Trafford, where only a combination of debatable decisions, the crossbar and David de Gea stood between them and a first victory at the Red Devils in 12 seasons.

On a personal level, Ogbonna was impressive, making a team-high eight clearances and blocking three shots, only to end up on the losing side and as disappointed as everyone else of a Claret and Blue persuasion.

I can’t say anything against the team, we really deserved much more

“Oh man!” he sighed. “I don’t know how we didn’t get the three points, but sometimes when you can’t win you have to get the draw.

“We showed that we were a totally different West Ham. We kept the ball from the beginning. I think we were like the home side and they were like the away team. We deserved a lot more than we got.

“I am very proud of the players. Michail Antonio who came on late and had a lot of chances. He hit the bar and forced a great save [from De Gea]. I can’t say anything against the team, we really deserved much more.

“We looked good right from the start. I think we were really brave. Our shape was totally different, we covered the pitch really well and found a way to attack, to counter-attack and to defend. We made the right decisions with or without the ball.”

Unfortunately, on occasion, the officials did not do likewise, incorrectly ruling out a ‘goal’ from Felipe Anderson with the game still goalless and awarding the home side two questionable penalties, both of which were converted by Paul Pogba to give the hosts a narrow 2-1 win.

“Their [first] penalty, I don’t know,” Ogbonna admitted. “I don’t want to criticise the ref but... I think the challenge [by Robert Snodgrass on Juan Mata] was 50/50, but the referee has to understand the situation.