Longhurst: This is the best thing in my career ever

Kate Longhurst admits that Sunday’s FA Cup semi-final victory over Reading is the best thing to ever happen in her football career, with the Irons set to take on Manchester City at Wembley Stadium on Saturday 4 May.

Despite going 1-0 down on 48 minutes from a Rachel Furness header, the Hammers were quick to respond as Alisha Lehmann brought the game level. The 90 minutes couldn’t separate the two sides, and neither could the 30 minutes of extra-time, meaning penalties were needed.

South Korea captain Cho So-Hyun stepped up to take the deciding penalty and slotted it into the left side of the goal, sending West Ham United to a first-ever SSE Women’s FA Cup final.

After the game, Longhurst admitted the side won the game the hard way, but the result is the all-important thing.

The support we had today was unreal and it really meant a lot to the players. That’s what got us through in the end.

She told whufc.com: “We didn’t do it the easy way, but all that matters is we won. The support we had today was unreal and it really meant a lot to the players. That’s what got us through in the end.

“I don’t think we played that well in the first-half. We fought, and we scrapped for everything, but we didn’t really look like creating. I knew we had players in the team that if we create one chance we can finish. It was just about getting that result really.”

Despite going down with a scare after a heavy challenge, Longhurst refused to come off the pitch and wanted to help the team as much as possible. The 29-year-old played the full 120 minutes of football and even stepped up to take a penalty.

Longhurst said: “I probably should have come off, but there was no way I was going to come off. Especially not when it was in the balance at 1-1 and we knew that extra-time was coming up. You’ve got to fight, and you’ve got to carry on and if you really want it then hopefully you get the reward at the end, which we did.”

Now a Wembley final awaits the Hammers.  Being a West Ham United fan and playing for the Club, it clearly means something special to Longhurst. 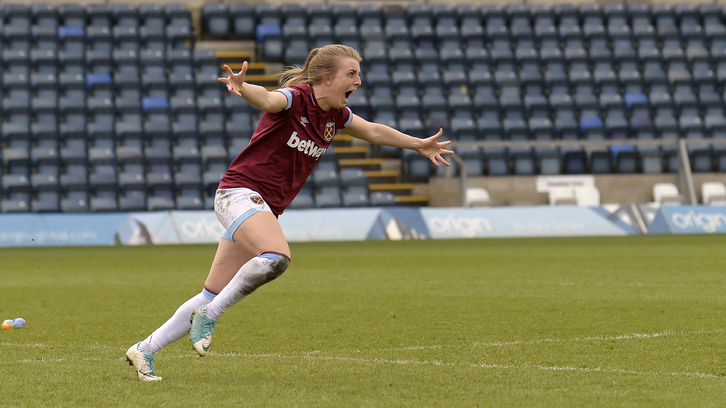 The midfielder added: “It’s the best thing that could probably ever happen to me in my football career. Now that we’re there, obviously we’ve got one more game to look forward to. Hopefully we can get a good result there.

“At the moment we’ve obviously got a couple of league games first and we’ve got to concentrate on them, but of course it’s what you dream of.”

Over 2000 fans packed out Adams Park on Sunday to watch the FA Cup tie and Longhurst had nothing but praise for the Irons fans who were supporting the team throughout the game.

She said: “They were unreal, they were the difference for us. The atmosphere was unreal, singing 'Bubbles', it puts hairs on your neck. It was just unreal.

“The support that we had constantly throughout the game as well was unreal. Hopefully, we can get a lot more at Wembley now.” 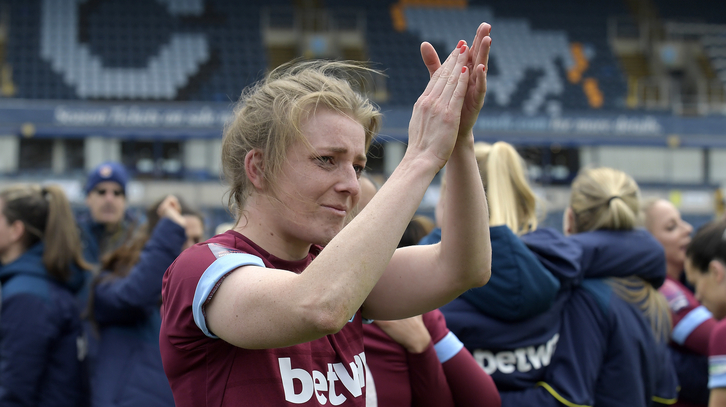