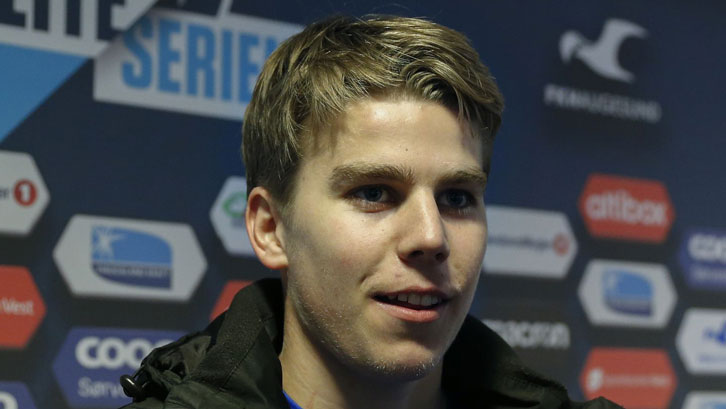 Martin Samuelsen scored his first Norwegian Eliteserien goal to help Haugesund to a 2-0 dramatic win at Ranheim on Sunday.

The on-loan West Ham United winger had only been introduced as a substitute with nine minutes with the game still goalless at the EXTRA Arena, but he still had time to break the deadlock, bundling home from less than a yard after a corner had been flicked on.

Ibrahima Wadji made sure of Haugesund’s first league win of the season with a second goal a minute later.

Staying in Scandinavia, Sead Haksabanovic started and played the opening 67 minutes as IFK Norrkoping drew 2-2 at Kalmar FF in the Swedish Allsvenskan.

The Addicks came from a goal down to win 3-1 at The Valley, with Lyle Taylor scoring two goals, to remain fifth in the table, just three points behind Barnsley in the second automatic promotion place Five points clear at the top, Luton remain on course for promotion despite their defeat.

In the Championship, Jordan Hugill was an unused substitute as Middlesbrough scored a vital 1-0 home win over former Hammer Reece Burke’s Hull City to maintain their challenge for a Play-Off place.

In Italy, Edimilson Fernandes was also an unused substitute as Fiorentina’s winless Serie A run continued with a goalless home draw with Bologna – their 16th draw in 32 league matches this season.

In Germany, Reece Oxford also had a watching brief from the substitutes’ bench as Augsburg scored a surprise 3-1 win at high-flying Eintracht Frankfurt to climb seven points clear of the relegation play-off place occupied by VfB Stuttgart.

Toni Martinez was also left on the bench as Lugo secured a 4-0 win at Cordoba in Spain’s Segunda Division to boost their hopes of avoiding relegation, as was Joe Powell for Northampton Town’s 1-1 draw with Mansfield Town in League Two.

Finally, neither Vashon Neufville (Newport County) nor Moses Makasi (Stevenage) were involved for their respective loan clubs in the same division.