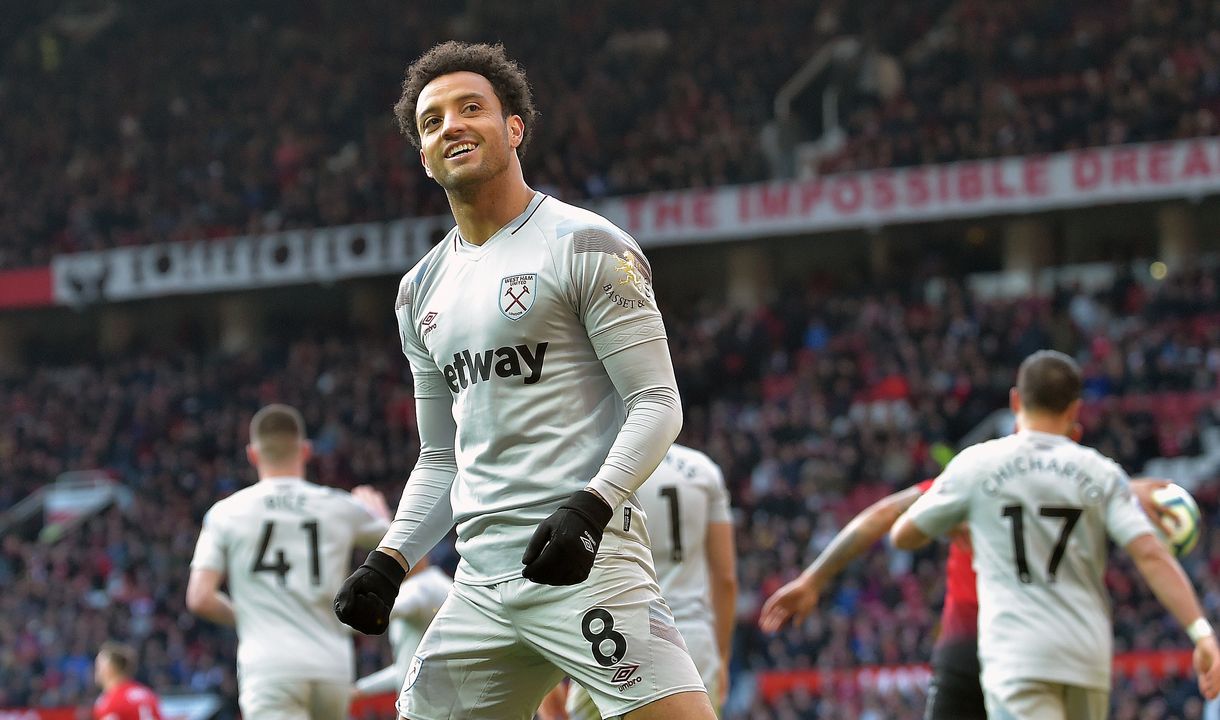 The result may have gone against West Ham United at Manchester United on Saturday, but Felipe Anderson believes their performance bodes well for the remaining four games of the Premier League season.

The Brazilian ended his wait for a goal in 2019 when he equalised early in the second period, only for Paul Pogba's second penalty of the game to win the contest for the Red Devils ten minutes from time.

That outcome was hard on the visitors, who had a first half strike from Felipe Anderson ruled out for a tight offside call, before striking the crossbar through substitute Michail Antonio after the break.

Felipe Anderson says he will take confidence personally from his goal, and the team will do similar from the pressure they put on Ole Gunnar Solskjaer's side.

"If we play well or badly, it’s always difficult if we lose," he said. "Today we played well, we had a lot of chances in the second half being away from home. We found an equaliser, we were all over them and we were close to a second. But we are working to grow and if we keep on working the results will come.

"We need a little bit more confidence. We know that we have the quality, and the intensity. We played much better in the second half and it will allow us to keep on improving in the remaining matches.

"It’s always good to score goals, here I was feeling well, after scoring eight goals in the season, and it obviously gives you confidence when you score to work better and to play better."