Analysis: An Old Trafford performance to be proud of 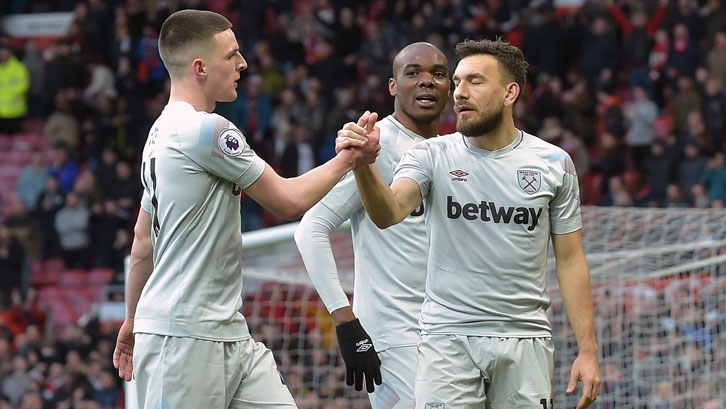 West Ham United may have been beaten 2-1 by Manchester United but the Irons produced one of their best performances of the Premier League season at Old Trafford on Saturday evening.

The Hammers out-passed and out-shot their hosts, only for a number of debatable officiating decisions, the crossbar and David de Gea to stand between them and the positive result their display warranted.

After making a bright start, West Ham should have taken the lead on ten minutes, when a superb piece of build-up play involving Manuel Lanzini, Robert Snodgrass and Arthur Masuaku ended with Chicharito heading down for Felipe Anderson to fire past De Gea.

The ‘goal’ should have stood, but instead it was ruled out for offside, despite right-back Diogo Dalot appearing to play the Brazilian onside.

Any contact was minimal and maybe occurred just outside the penalty area but referee Graham Scott pointed to the spot, from where Paul Pogba converted.

With Chicharito holding up play strongly against his former club, West Ham were undeterred and continued to pass the ball confidently, regularly entering the final third courtesy of incisive interplay, direct dribbling or clever balls over the Manchester United defence.

And that approach was rewarded less than four minutes after half-time when the imperious Declan Rice intercepted De Gea’s clearance and fed Lanzini. The Argentinian exchanged passes with Snodgrass before clipping a perfect cross to the far post, where Felipe Anderson, who led all Hammers with 91 touches and six shots overall, slid in to scored just inside the upright. 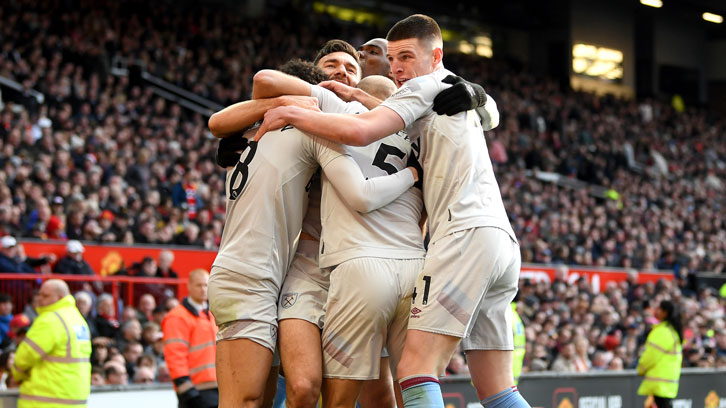 Having equalised, West Ham weathered a short Manchester United storm before the introduction of Michail Antonio put the Irons back on the front foot.

The powerful forward first held off his man before slamming a 25-yard shot against the face of the crossbar, then saw his bouncing header from fellow substitute Grady Diangana’s cross miraculously clawed away by De Gea.

As a whole, the Hammers’ second-half performance was superb, with the visitors having 59.2% possession, no fewer than ten goal attempts – in addition to the eight they had before the interval –and winning eight corners.

But, as had happened before the break, another questionable decision went against Manuel Pellegrini’s side and ultimately cost them at least a point.

This time, Pogba’s through ball for Martial was touched by Marcus Rashford, meaning the Frenchman was offside as he raced clear before being fouled by Ryan Fredericks inside the penalty area.

West Ham have seldom played this well at Old Trafford but, for a variety of reasons, their performance was not rewarded with the point – or points – it warranted.

At the final whistle, the Claret and Blue Army applauded and sang in support of their players - and rightly so.

The Irons have now failed to win in 20 away games at teams in the Premier League’s top six but while the result was ultimately unwelcome, this display was one they could be immensely proud of.