Felipe Anderson: We have the quality to beat anyone 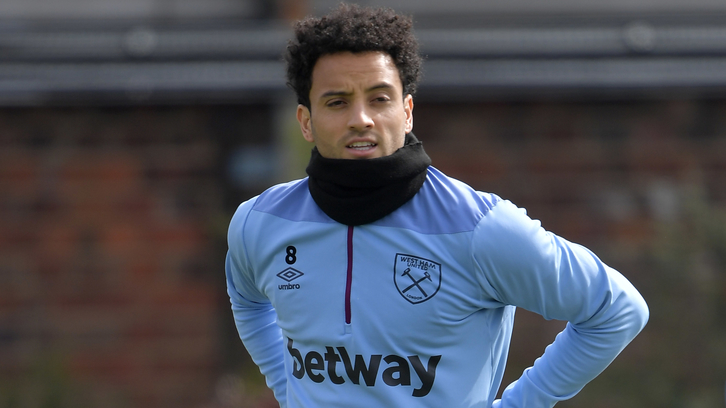 Felipe Anderson believes West Ham United has what it takes to finish the season strongly ahead of the trip to Old Trafford on Saturday.

Anderson netted his first goal in West Ham colours when the Irons beat Manchester United 3-1 in September, and the Brazilian playmaker thinks the Irons are capable of coming away with a win again this time around.

“I always thought that these big games are the most interesting games,” he said. “Teams like Manchester United, you respect for and hold in very high esteem, but we should happily go for the win.

“When West Ham play at their best level they have the quality to win against any team.

“You always dream of playing these big games, I’m very excited to really go for it and try and win at such a highly respected venue and against a big club like Manchester United.”

I'm very excited to go and try to win against a big club like Manchester United.

The 25-year-old has enjoyed a fruitful maiden season in the Premier League, netting eight goals and providing a further four assists, with his strike in the reverse tie at the London Stadium affirming his status as a fan-favourite.

With Ole Gunnar Solsjkaer now at the helm, Manchester United represent a different threat from when the two sides met at the London Stadium as they try to secure European football for next season.

“We had a lot of confidence at that point,” Anderson recalled.

“I hoped to do something productive and helpful for the team and even better if it can be something beautiful like this and that kind of goal again.”

Manchester United were beaten 1-0 by Barcelona in their Champions League quarter-final earlier this week but Anderson insists that will have little bearing on how Saturday evening pans out.

The playmaker added that this Saturday is the perfect chance to mount a strong finish to the season with a trip to Tottenham and home games against Leicester and Southampton to come.

“We have big games against some tough teams coming up, so we’ve got to keep doing things well,” he added.

“We’ve got to try and win as many games as possible against these tough opponents and then we’ll see if it’s possible to go up a few places in the league.”