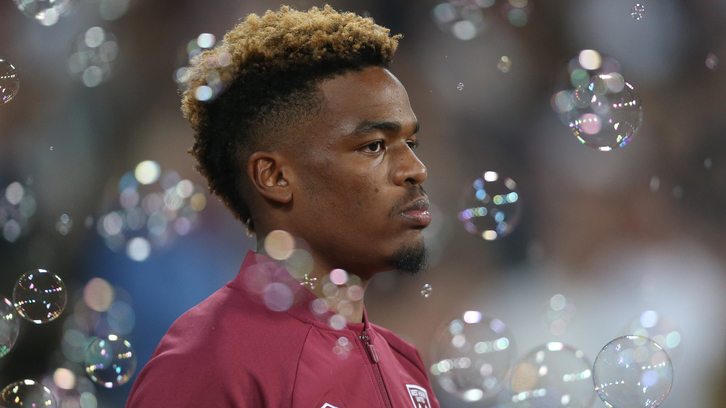 September’s home Premier League fixture with Manchester United was an unforgettable afternoon at London Stadium, but for Grady Diangana, the match holds even more significance.

It was that Saturday, under beautiful sunshine and with the Irons on their way to a 3-1 win over the Red Devils, that Diangana would make his Premier League debut.

Just a couple of days before, the winger had made his mark on his senior debut, scoring twice in the 8-0 Carabao Cup win over Macclesfield Town. Now Diangana was coming on for club record signing Felipe Anderson, being trusted by Manuel Pellegrini to see out a victory over Manchester United.

We need to give it our all from the very start and show Manchester United what we’re about.

“That was such an amazing day,” the 20-year-old recalled to whufc.com. “The weather was so nice and the fans were incredible.

“The stadium was full, and I remember the manager turning and calling my name, and telling me I was coming on for my Premier League debut. It was such an amazing feeling.”

The Hammers are gearing up to take on Manchester United again this weekend in the reverse fixture, and Diangana says training ahead of Saturday’s match is progressing nicely.

“Training is going really well, Diangana continued. “The week before, we had a bit longer to prepare for the Chelsea game, whereas this Manchester United game is a bit closer. So this week has been about our recovery and getting back to full fitness so we’re fully ready for Saturday.” 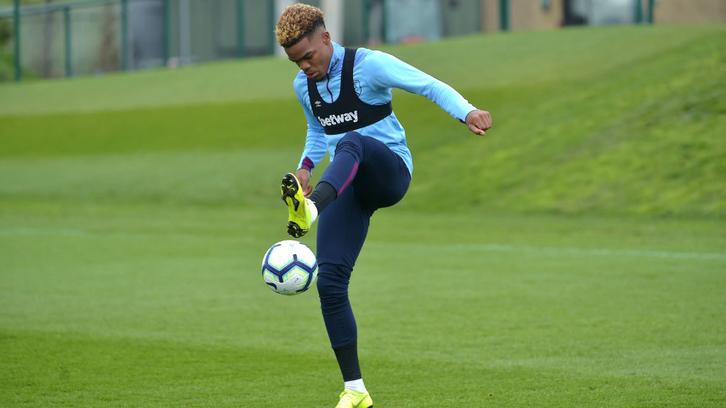 Diangana believes the Irons need to show the same intensity they displayed at home to the Red Devils to come away with the result this weekend.

With competition for places high in the Hammers squad, the Academy graduate is eager to take his chance should it comes his way again against the Manchester club.

“We need to go there and get at them,” he added. “We need to give it our all from the very start and show them what we’re about. We’re going there to win the game, which is absolutely the right mentality. Hopefully we can come back with the three points.

“I always give my all in training. That’s all I can do and then the manager makes his decision on the squad. I’ll just keep giving it everything I’ve got and hopefully I will get the chance to play this weekend.”