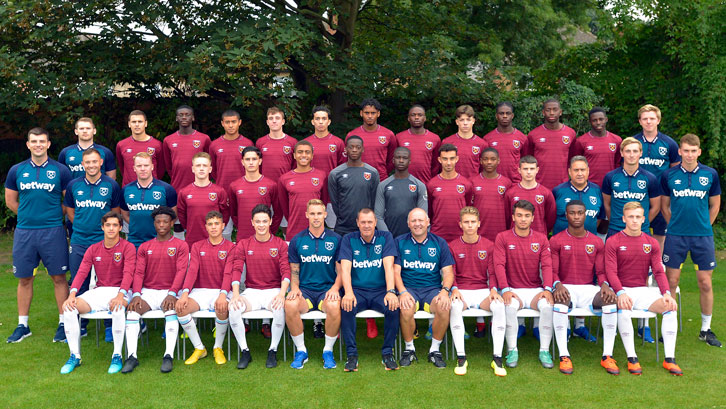 Jack Collison says a top-four finish is all the incentive West Ham United’s scholars need as they prepare to face Reading in U18 Premier League South.

The Hammers followed up a 4-1 home win over Leicester City with a 2-2 draw at Chelsea last weekend, leaving them fifth in the eleven-team table with two matches remaining.

The Irons kick-off Saturday’s fixture with the Royals at Little Heath three points behind Southampton and with a far-inferior goal difference, but still believe they can overhaul the Saints and secure an impressive fourth place in the final standings.

“We’ve had some really exciting performances in the last couple of weeks,” said Collison, who saw West Ham score a 2-0 at Reading in the reverse fixture in Berkshire back in November courtesy of goals from Amadou Diallo and Kristijan Belic.

“We went to Chelsea and although we only drew 2-2, it was the manner of the way the boys performed and approached the game which were really pleasing and we were unlucky not to come away with all three points.

“The week before we scored four goals in a home win, so the boys are in a good place at the moment and they’ve been working really hard on the training pitch this week ahead of the Reading game.

“We had a really good win at Reading earlier this season, but they’ve got some very good players so it’ll a test and it’s one we’re all looking forward to.”

The Hammers have experienced an up-and-down 2018/19 season results-wise, winning nine, losing nine and drawing just two of their 18 league matches so far.

Six of those nine victories have come at Little Heath and Collison is hoping home advantage favours his side again this weekend.

However, the coach admitted that, with many first-year scholars and schoolboys away with the U17 squad in the United States, it will be down to the Academy’s second-year scholars to score a seventh home win of the season.

“It’s our last home game of the season, so we’re looking to bow out on a high at Little Heath,” the former West Ham and Wales midfielder confirmed. “We’ve got a bit of a mixed squad this week, with quite a lot of players missing at an Under-17 tournament in Dallas.

“However, we’ve got probably the oldest squad we have had all season in terms of age, so we’ll have a lot of experience, even if we are a bit light on numbers. We feel we have the players available to go out there and do really well.”

Admission and parking for Saturday's 11am kick-off at Little Heath are both free of charge.

While the U18s take on Reading, the U17s will compete at the Generation adidas Cup in Frisco, Texas, where they will tackle host club FC Dallas, Club America of Mexico and New York Red Bulls in Group A on Saturday and Sunday.

The knockout stages will then begin on Tuesday, followed by the semi-finals on Thursday and the final on Saturday 20 April, which will be played at the 20,500-capacity Toyota Stadium.