Flaherty: Hammers must make the most of FA Cup opportunity 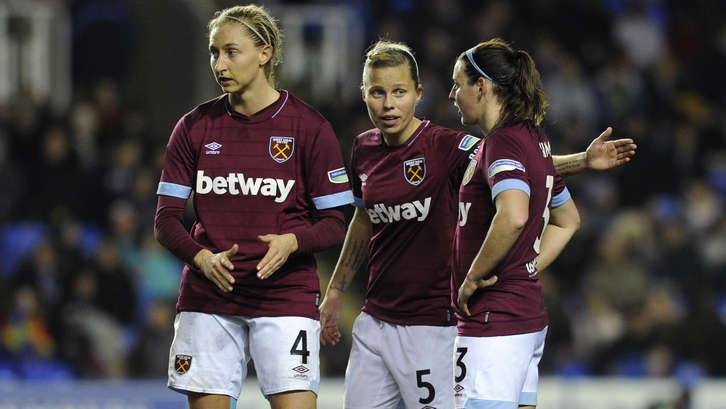 Gilly Flaherty is no stranger to FA Cup success and is determined to help steer West Ham to their first final on Sunday.

Flaherty has won the FA Cup seven times during spells with Arsenal and Chelsea and she will be hoping for a return to Wembley when the Hammers take on Reading.

The skipper is determined to make sure the Irons don’t get caught up in the occasion when they walk out at Adams Park this weekend, with Chelsea or Manchester City facing the winners at Wembley in May.

I want us to say we got through to the FA Cup final in our first professional year. We have to make the most of it.

“I want us to say we got through to the FA Cup final in our first year [as a professional club].

“It’s about trying not to get drawn in. I think our main focus is just on what we are actually going to achieve and that’s in my eyes getting the three points or getting through to the final.”

Flaherty signed from Chelsea in the summer and she is looking forward to guiding the less experienced members of the Hammers squad through. 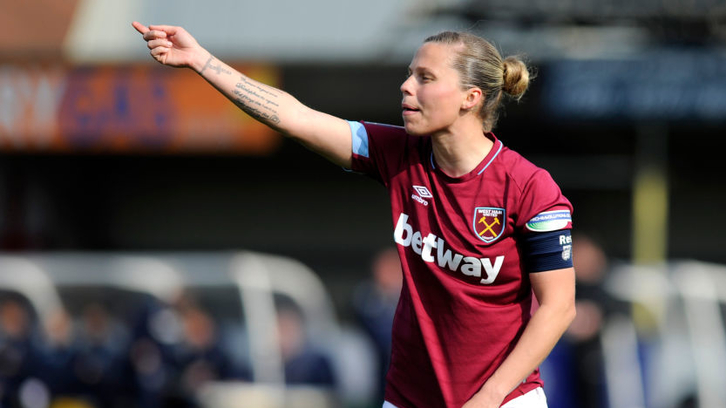 To lead the club out for one of the biggest games in the club’s history is an opportunity that the 27-year-old is relishing.

“I’ve had the beauty of playing at the FA Cup final at Wembley,” she recalled. “I’ve got the experience. In regard to the club’s history and the position that we’re in, it’s probably the biggest game the side has experienced so far.

“I think for me it’s a different experience now that I’m club captain. I may be nervous when I’m sat at home, but when I come here and I’m around the players that professional side comes out. People could have things on their mind, they could be anxious about it. For me I just see Sunday as another game.

“Albeit it’s the FA Cup semi-final but, for me, I think if you think about that too much and draw into that too much you put too much pressure on yourself.” 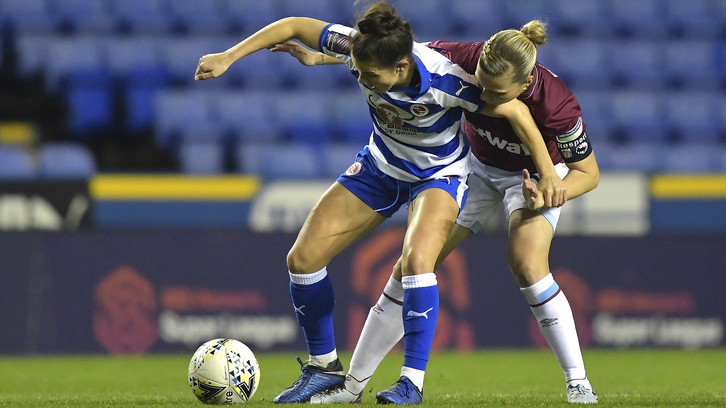 The Hammers beat Reading 2-1 in the WSL in February and Flaherty believes that was one of the side’s best performances of the season.

She says forgetting about the occasion will determine whether the Hammers will be successful.

“We’ve taken four points off them out of six, and I think people forget that,” she added. “I’ve even read online that some fans were saying Reading will definitely beat West Ham and that it’ll be Reading and Chelsea or Reading and Manchester City in the final.

“I think no-one expects us to get there, but we know we up our game when that happens.”