Longhurst: FA Cup semi-final is our biggest ever game 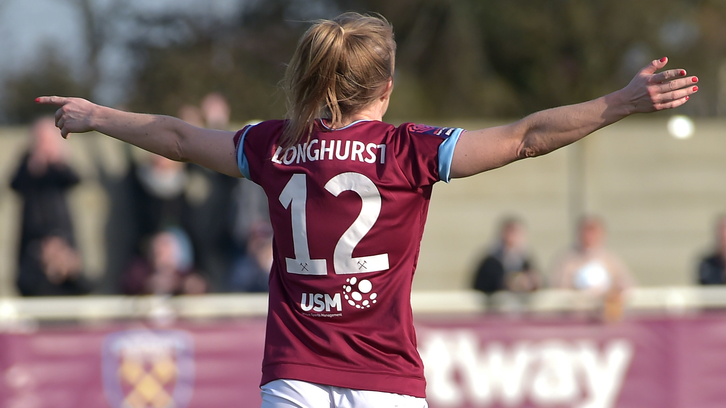 Sunday’s FA Cup semi-final clash with Reading is the biggest game in the history of West Ham United women’s team, according to Kate Longhurst.

West Ham take on Reading at Wycombe Wanderers’ Adams Park in the hope of reaching Wembley on 4 May, with Manchester City or Chelsea awaiting the victors in the Final.

Longhurst is determined to go one step further than 2012 when her Chelsea side lost the final on penalties to Birmingham City, when the showpiece was held at Bristol City’s Ashton Gate.

The midfielder, who signed for the Hammers last year following five years with Liverpool, insists however they cannot think about stepping out on the Wembley turf just yet, and expects Sunday’s match to be a stern test.

We've not been in the semi-final of an FA Cup before. This is probably the biggest game in this team's history.

“I think it’s a really big game because, for West Ham, we’ve not been in the semi-final of an FA Cup before,” she said. “We’ve done it in our first season since we’ve turned professional and, to be fair, it’s probably the biggest game in the team’s history.

“I’ve played in the FA Cup Final before but we lost on penalties. I’ve never played at Wembley either so the chance of doing that is a big plus.

“I want to be able to do that and say I’ve played at Wembley, as do all the girls, but obviously we’ve got to concentrate on this semi-final match.”

Reading have already been on the receiving end of a defeat against Matt Beard’s West Ham this season after Alisha Lehmann’s brace gave the Irons a 2-1 win in the Women’s Super League.

Cup football can serve up anything and Longhurst maintains form may well go out of the window when the two sides kick-off at 12:30pm on Sunday. 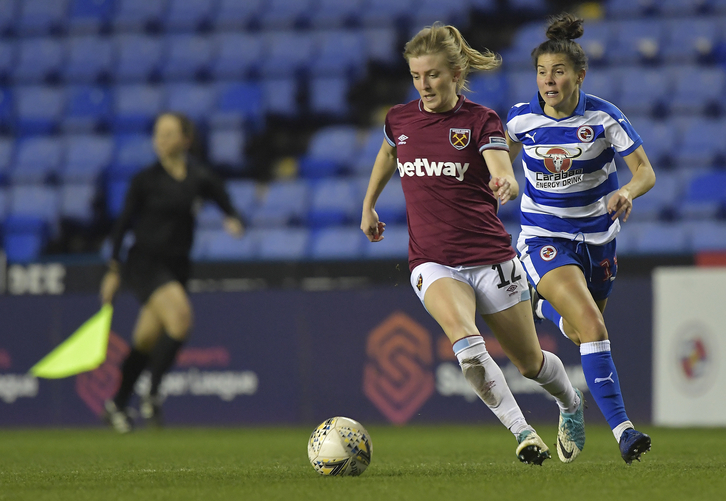 “We played really well that day,” the midfielder recalled. “I think that’s probably our best game of the season, but we know what we need to do. We’ve been working hard on our shape and how we think we can beat them.

“Whenever you play Reading it’s always a hard game, so I think we’ve got to be at our best to make sure we win.”

West Ham fans are set to flock to Adams’ Park for this weekend’s semi-final and Longhurst is optimistic she and her teammates can give the travelling support a performance worthy of reaching the FA Cup Final.

She added: “We want as many West Ham fans there as possible. That’s the hope for us.

“Of course, it’s what we do on the pitch that will decide whether we reach the final, but certainly having more fans will create more excitement. I hope we can rise to the occasion and get the result we want.”

Tickets are still available for Sunday's FA Cup semi-final with Reading! Click on the image below to buy yours now!