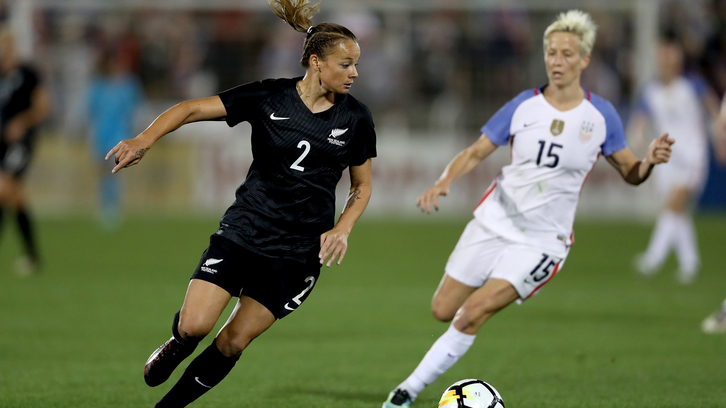 Ria Percival and Alisha Lehmann both helped their nations to wins in Tuesday’s international friendlies in the run up to the World Cup this summer.

Percival and her New Zealand teammates were able to secure a 1-0 victory at home to Norway. The only goal of the game was scored after just three minutes, with Rosie White turning home for the Football Ferns.

West Ham’s right-back – and New Zealand’s record cap holder – helped her side to a clean-sheet as they continue their preparations ahead of the World Cup in France. 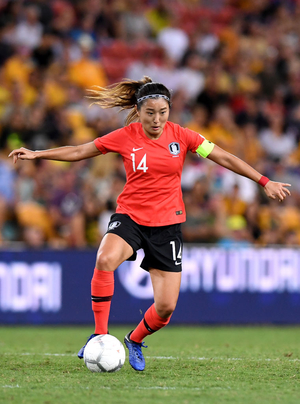 Cho So-hyun and South Korea continued their preparation for this summer’s competition, playing out a draw with Iceland.

Cho, South Korea’s captain, played the full 90 minutes for her side in the 1-1 contest, earning her 119th cap and extending her record as the most capped women’s player for South Korea.

Alisha Lehmann and her Switzerland teammates were unfortunate in not qualifying for this year’s World Cup, but they were still able to claim a 1-0 win at home to Slovakia on Tuesday.

The 20-year-old started for her nation on the right-wing, and Switzerland secured the result thanks to Géraldine Reuteler’s 56th minute finish.

Leanne Kiernan started for the Republic of Ireland against Italy, with the away side taking the lead on three minutes thanks to Katie McCabe’s strike.

However, the Italians battled back in the second period, and were able to take a 2-1 victory.

Finally, Jane Ross was an unused substitute for Scotland earlier in the week as they continued their journey to the World Cup with a famous 1-0 victory against Brazil.

Tickets are still available for Sunday's FA Cup semi-final with Reading! Click on the image below to buy yours now!