Pellegrini: The more the young players play, the more they will improve 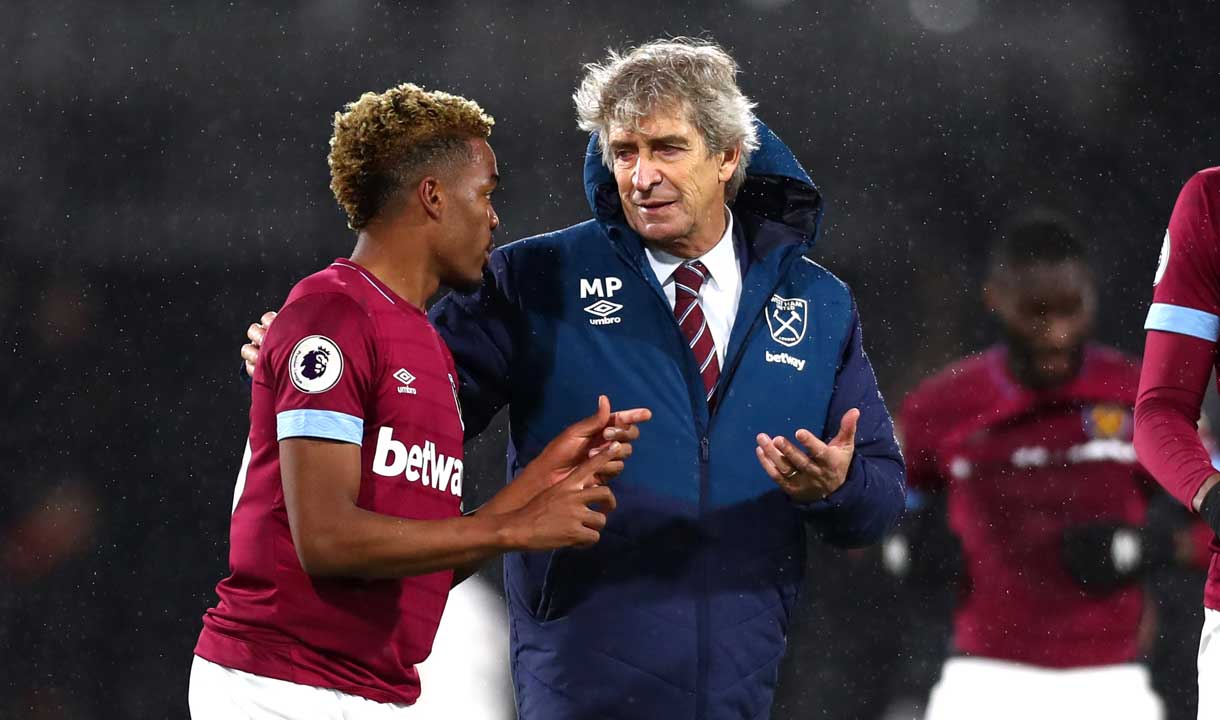 Manuel Pellegrini says he will continue to utilise the young players at his disposal as West Ham United aim for a strong end to the 2018/19 season.

Declan Rice has 29 Premier League appearances to his name this term, while Grady Diangana has 15 of his own and, in the week the Club opened its new Chadwell Heath Academy facility, Pellegrini is delighted to see a rich seam of talent being mined.

He says the best players will always be given their chance, no matter their age, and he is looking forward to seeing more from the Hammers’ young prospects.

He explained: “All the clubs are different. At some teams you can have the option to play with so many young players.

“In the way that young players play more games, they improve. Every club is different, but every manager will try to choose every Saturday or every time that we have to play the game, the best players. It doesn’t matter about their age.”

The Hammers head to Chelsea on Monday night looking to bounce back from a poor performance in defeat to Everton last time out, and Pellegrini says their positive mentality - to go out to win the game - will be on display once more at Stamford Bridge.

He added: “As a manager you must be used to pressure, but you must continue doing what you believe is the best way to win a game. Before the game and during the game. After that, personally, always when I don’t win the game I make self criticism about the mistakes.

"If you are always feeling you must do something because the pressure will be too high? I don’t think you can be a top manager.

“Chelsea in this moment are one or two points out of the spots of the Champions League for next season. Maybe they are not involved in the title race but they continue fighting for the Europa League, and they were in the final of the League Cup, so when we finish the season if Chelsea are in a spot of the Champions League I think that will be a good season for Chelsea and Maurizio Sarri.”