Lehmann: West Ham United is like a family to me

The Swiss international has put pen to paper on a new deal with the Irons, committing her future to the FA WSL side are a successful first season in Claret and Blue.

Lehmann is loving life with her West Ham teammates and is looking forward to her future with the Hammers.

This team is like a family to me. It's a big part of why I'm happy here.

“This team is like a family to me,” Lehmann told West Ham TV. “It’s a big part of why I’m happy here.

“I think in the first few months of being here it was a little bit difficult for me, with the language barrier. It’s also so different here, to playing games in Switzerland. But I have learned so much in my first few months here and my teammates have helped me with that.

“I have learned so many new things both on and off the pitch, and I am a young player and I just want to keep playing and practicing. I’m so happy here.”

Support our side in the SSE Women's FA Cup semi-finals - get your tickets now!

It is not just her playing colleagues that Lehmann credits with helping her settle into life in England and in the English game.

The 20-year-old says that head coach Matt Beard, who also recently signed a new deal with West Ham, has been crucial in her development this season. 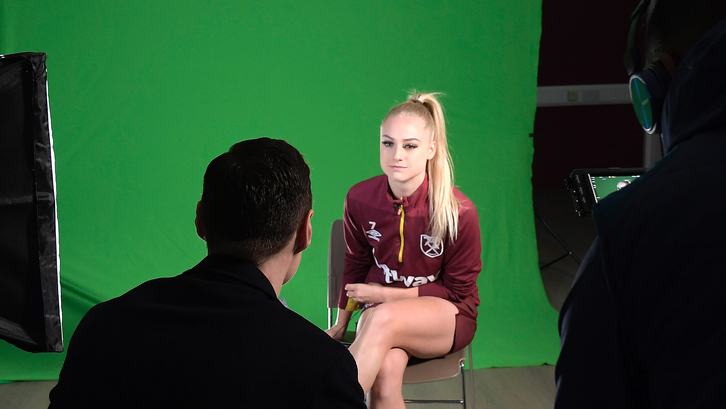 With eight goals to her name this season in all competitions. Lehmann is delighted with how her first campaign has panned out so far.

She continued: “I really like working with Matt and the entire coaching team. Everyone is so nice and they are constantly giving me good input and instructions on how I can make my game better.

“When I first came to West Ham and England I did not think I would score many goals. But I’m really happy that I could score and I have been scoring. Hopefully I can keep scoring in the future for West Ham.”

Two of Lehmann’s goals this season came in the away win against Reading, the side that West Ham will take on in the FA Cup semi-finals next Sunday. 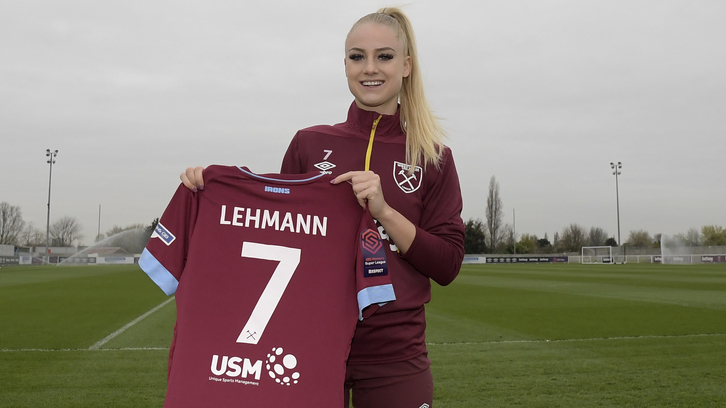 The Hammers are just one match away from Wembley Stadium and Lehmann is excited at the prospect of making history in just her first season in Claret and Blue.

“We have done so many good things in games in the last few months, and I feel like we’re getting better and better,” Lehmann added.

“Our final few matches are really important and we need to put in a really high level of performance. We’re playing against Reading in the semi-final and I think it’s important to play well and get into the final.

“I’m a little bit nervous but I’m also really looking forward to it. I’m excited for this game!”