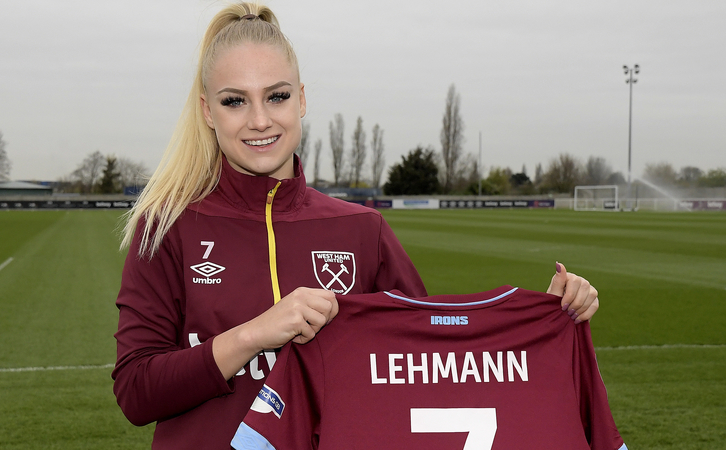 West Ham United is delighted to announce that women’s forward Alisha Lehmann has signed a new contract with the team.

The Switzerland international has settled into life with West Ham since signing for the FA WSL side last summer from BSC YB Frauen, scoring eight goals in Claret and Blue across all competitions.

The 20-year-old, who has also played in every competitive game for the Irons this campaign, has now committed her future to West Ham by putting pen to paper on a new deal.

I’m really happy to be here and have the opportunity to play even more games for West Ham.

“I’m feeling really good about staying here with West Ham United,” Lehmann said. “I’m really happy to be here and have the opportunity to play even more games for this club.

“This team is like a family to me, and I’m so happy here. This was an easy decision for me and I just want to keep going now.”

Support our side in the SSE Women's FA Cup semi-finals - get your tickets now!

Women’s general manager Russ Fraser is delighted that Lehmann has signed a contract extension with West Ham and is looking forward to watching the attacker continue her development with the Hammers.

Fraser said: “Alisha is a very talented, young forward who has been excellent in her first season with us. She has hit the ground running with West Ham and I’m thrilled she has signed an extension with us. 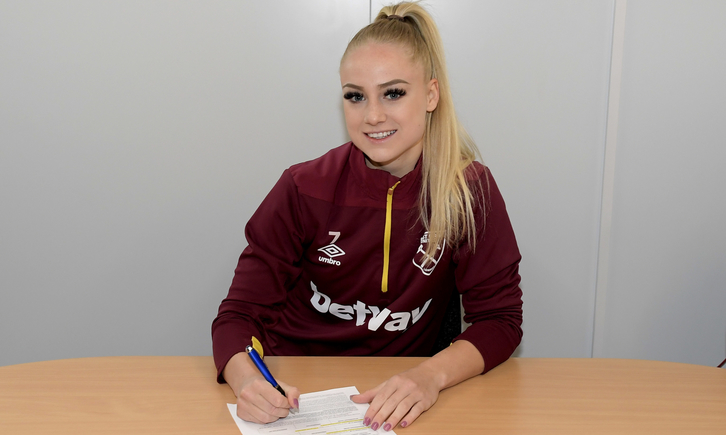 “I have no doubt that Alisha is emerging as a top attacker in the women’s game and I am certain West Ham is the perfect place for her to continue that.”

The Hammers are preparing for an FA Cup semi-final at Adams Park against Reading on Sunday 14 April, with the side just one game away from a Wembley date and a spot in the Final.