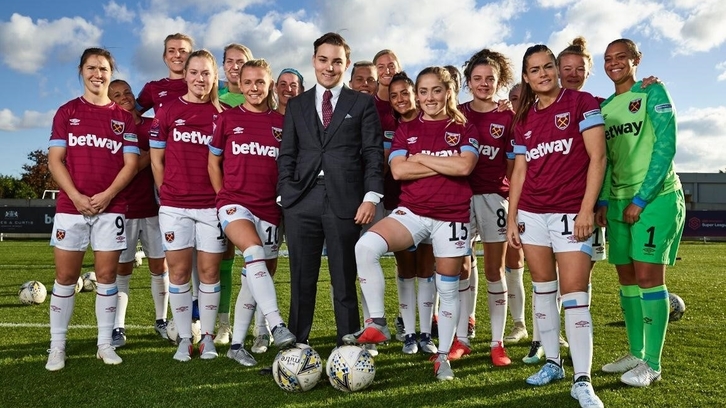 The documentary follows the West Ham United women’s team, managing director Jack Sullivan and head coach Matt Beard as the side look to navigate through a first season in the FA Women’s Super League.

Click here to watch all six episodes of the documentary

Featuring a behind-the-scenes look at the day-to-day life of the women’s team, coaches, backroom staff and management, ‘Britain’s Youngest Football Boss’ tells the story of what it takes to become a professional female footballer and the challenges the players face throughout the 2018/19 season.

In this newest episode, West Ham are preparing of a Continental Tyres Cup quarter-final away to Manchester United, having reached the midway point of the 2018/19 season.

The six episode of this fly-on-the-wall series is now available online here!

The highly-popular series' success has also seen the documentary selected for showing on BBC television, and viewers will be able to see episode two of 'Britain's Youngest Football Boss' on BBC One on Saturday evening.