Kemp shortlisted for Premier League 2 Player of the Month award 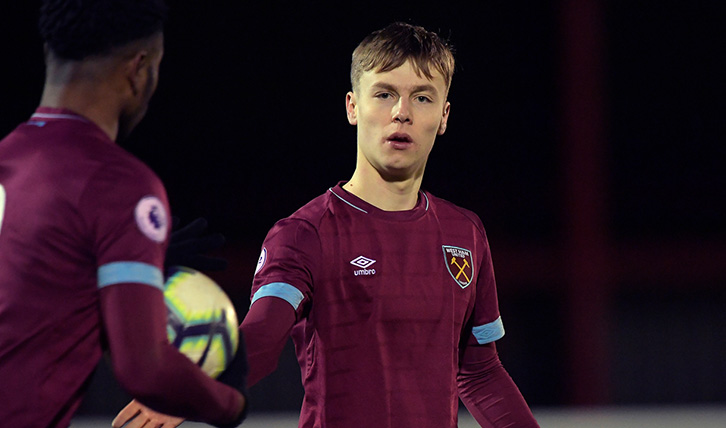 West Ham United winger Dan Kemp has been nominated for the Premier League 2 Player of the Month Award for March.

Kemp, who returned from a major injury lay-off earlier this campaign, has slowly built up his fitness since his comeback in October and is now getting back to the form which saw him pick up a handful of U19 and U20 England caps in the last few years.

Netting three times in as many matches, the 20-year-old was one of the Hammers’ key players as the side look to beat the drop from the top flight this campaign.

The U23s’ next test comes on Sunday, as they take on Leicester City at London Stadium in a match which is free to attend for Season Ticket Holders and Claret Members, though supporters must book a seat in advance and can do so here.

SECURE YOUR SEAT AT LONDON STADIUM 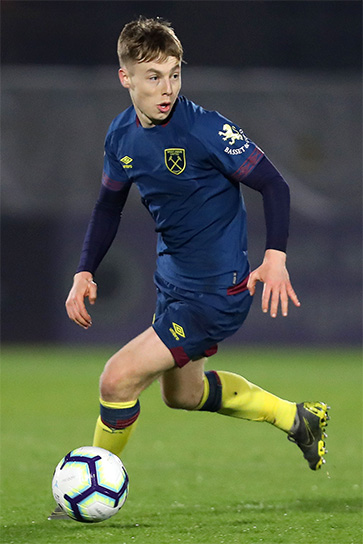 Kemp’s brace at Swansea City was particularly crucial during March, as it helped his team to a huge 3-0 victory against relegation opponents, though his strike in the previous match against Blackburn Rovers came in a 3-1 defeat.

The youngster was thrilled to be on March’s shortlist, and thought the nomination was deserved.

He said: “I am delighted and honoured to have been nominated! I feel I am performing well at the moment and have been scoring goals which has been really good for me.

“I feel like we have been unlucky with some of the results that have gone our way in recent weeks and we have done well as a team and deserved more points than we have got.

“I am determined to continue in good form and get even better. I want to provide more goals and assists for my teammates in our remaining games. We have got three huge games left in which we feel we can win all three.

“I can’t wait for for the next game to hopefully perform even better but also help the boys to get a much needed three points. Two of our last three games are at the London Stadium which is great because we all love playing there and it is great for us to play in front of our fans.

“We all know how much we want to stay in the division so the boys and I will be doing everything to make sure that happens.”

Kemp’s performances caught the eye of opposing managers, whose nomination of the best displays against their sides help form the Premier League’s Football Development Panel’s shortlist.

Sunday’s Premier League 2 match at London Stadium between West Ham United and Leicester City is free to attend for Season Ticket Holders and Claret Members, while tickets are priced at £5 and £3 for adults and concessions respectively. Seats can be secured here.