Pellegrini not willing to give up on fight for seventh 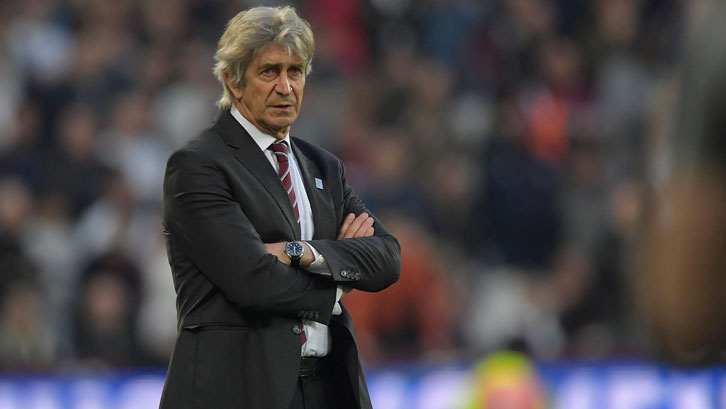 Manuel Pellegrini is refusing to give up hope that his West Ham United team can finish seventh in the Premier League.

The Hammers’ hopes of finishing as the ‘best of the rest’ suffered a blow when they lost 2-0 at home to Everton on Saturday – their first defeat at London Stadium in 2019.

However, manager Pellegrini insists the Irons can still mount a late challenge for seventh if they show the right mentality in their six remaining matches.

“We must be calm in this moment,” he began. “We won the last three games at home, but what I worry about is that this is not the first time that we have the opportunity to in seventh position in the table [and didn’t take it].

“We knew the other results before we played and maybe that pressure also affected our performance, but we must find a way to try to continue thinking and playing as a big team to try to reach as high a position in the table as we can and not be happy with not being in the relegation zone.”

Reflecting further on Saturday’s defeat, in which his team fell behind inside five minutes, were 2-0 down at half-time and failed to muster a shot on target in the second half, Pellegrini was not a happy manager.

“They scored two goals, but they had the opportunities to score more so it was one of those days when you have bad individual performances and a bad team performance where you couldn’t play in the way you wanted to do it,” he observed.

“I don’t think it was lack of fight, but lack of trust. From the beginning it was like we felt it was not our day and we could not play. You always try to make some changes with substitutes, but I think we continued exactly in the same way.” 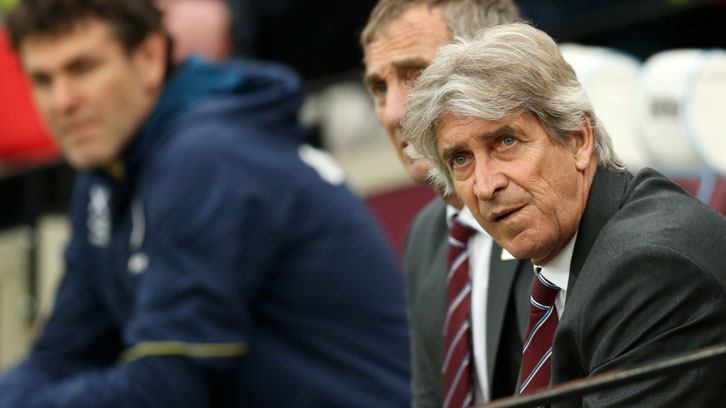 Two players who may have helped West Ham produce a better performance on Saturday are Felipe Anderson and Mark Noble, who missed the match through injury and a personal issue respectively.

Both should return for the London derby at Chelsea next Monday evening.

“Felipe had a pain in his ankle on Friday, the day before the game, and that’s why he couldn’t play, but I think and hope that he will be ready on Tuesday or Wednesday,” Pellegrini confirmed.

“I also think that Mark Noble is important for this team and for personal reasons he couldn’t play, but it’s not the matter of one player, it’s the matter of the team and we cannot have this kind of performance if we want to try to fight for a spot in Europe.”