Pellegrini: It’s a massive result and a massive performance 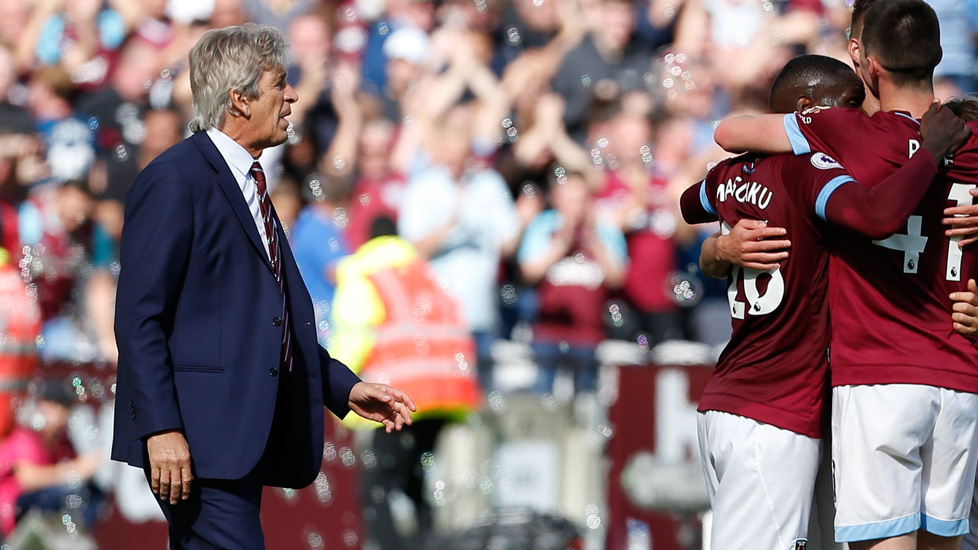 Manuel Pellegrini said his West Ham United side played with the mentality of a big team in defeating Manchester United 3-1 at London Stadium on Saturday.

The Hammers overpowered their opponents  with a display of attacking football which yielded goals from Felipe Anderson and Marko Arnautovic, either side of Victor Lindelof’s own goal.

Pellegrini was delighted with every aspect of his team’s performance, from the intensity when they didn’t have the ball, to their use of it when they were on the front foot for large spells of the contest.

He was also delighted to deliver a big win for the fans as the Hammers made it three Premier League games without defeat.

He said: “It was a very good game because I remember what I said three weeks ago when we were losing games, that we had to play as a big team and I think what we did today reflected that.

“We are improving and we must continue in the same way. Just because you are playing against Chelsea or Manchester United, you don’t have to play with everyone at the back to get a result.

“Today we played as I like my team to play – as a big team trying to get to the other box. We scored three goals and we missed a lot of opportunities in the second half because we tried to play a little bit [too] fast.

Just because you are playing against Chelsea or Manchester United, you don’t have to play with everyone at the back to get a result

“They scored just one goal from a corner, so it’s a massive result and a massive performance.

“One of the things I was delighted for in the way we played today was the West Ham fans.

“We started with four defeats, but I always felt the fans were behind the way we were working and this is a gift for them.”

Having taken seven points from tough assignments against Everton, Chelsea and Manchester United, Pellegrini is thrilled with his team’s form, although he warned them against complacency ahead of a trip to Brighton & Hove Albion next weekend.

He added: “I remember the questions of the media when we had fixtures against Everton, Chelsea and Manchester United and people thinking we wouldn’t get any points, but football is different. We continued working because I saw every day in the week that the players believe in what we are doing.

“We are in a good moment with good results, but it’s a difficult moment too because if you think you are going to beat Brighton just because you have beaten Manchester United, you will lose.”