Marko Arnautovic is fit to return to lead the line against Manchester United.

Manager Manuel Pellegrini revealed in his pre-match press conference that the Austrian has returned to full training this week after recovering to a knee injury and is set to take his place in the squad for Saturday’s lunchtime kick-off at London Stadium.

The three-goal forward missed the goalless Premier League draw with Chelsea and Wednesday’s 8-0 Carabao Cup third-round win over Macclesfield Town, but resumed training with the squad in midweek.

“Marko worked with the squad for the last three days of the week so I think he is 100 per cent fit for tomorrow,” Pellegrini confirmed.

Another player who could be in the Hammers squad on Saturday is youngster Grady Diangana, who caught the eye with two well-taken goals on his debut against Macclesfield.

With Manuel Lanzini and Jack Wilshere injured, the 20-year-old’s creativity and attacking flair could prove useful against Jose Mourinho’s side.

And Pellegrini said he would have no hesitation in handing the rookie winger another chance to shine. 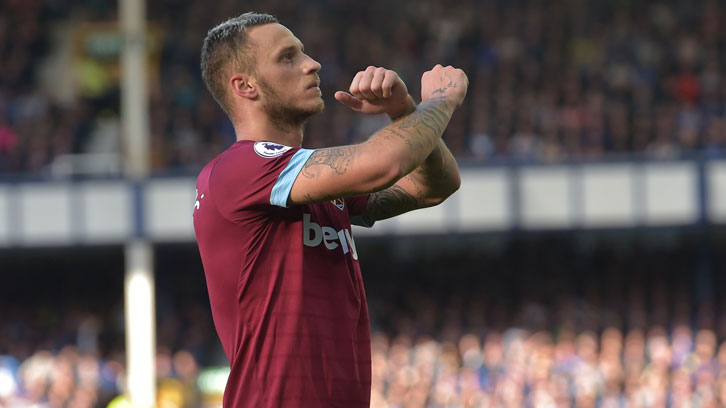 “I don’t think Grady’s age is a problem. I think that when players have the opportunity then they must take that chance. I always try to analyse performance so we will see if we have space for him in the game tomorrow.”

At the other end of the pitch, West Ham will be seeking a third clean sheet in succession for the first time since December 2017.

The developing partnership between Fabian Balbuena and Issa Diop was the basis for last weekend’s shutout against Chelsea, while Angelo Ogbonna produced a strong performance and scored a goal against Macclesfield.

Whoever plays against Manchester United, Pellegrini is confident they will again show the resilience required to blank Mourinho’s men.

“I’m very happy [with our defending], but not only for Diop and Balbuena because having a good performance. I was very happy also with Angelo Ogbonna on Wednesday in the Cup.

“Maybe [Macclesfield] is not the same level of rival but you must show more attention when the opponent arrives in your box and Angelo won all his duels with their players.

“I think that we are improving in defending and that’s true for all our defenders.”