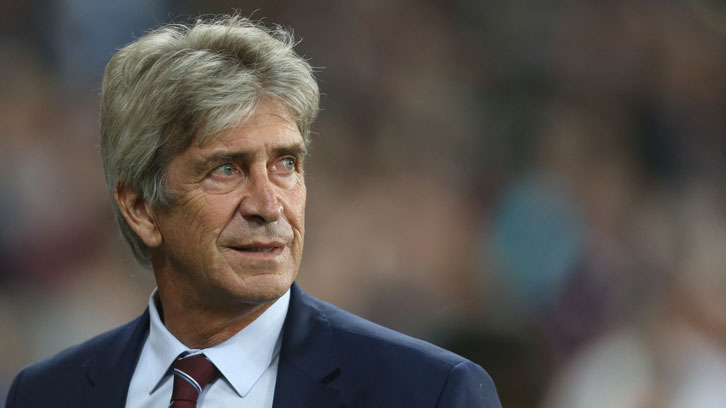 With 21-year-old Grady Diangana scoring twice on his debut, the Hammers romped to their biggest victory in 35 years in the Carabao Cup third round tie on Tuesday night under the lights at London Stadium.

Pellegrini, who picked a strong side to face the Silkmen including Michail Antonio, Pedro Obiang and Angelo Ogbonna, said he was pleased by the attitude shown by his players against their less illustrious opponents.

“We played with intensity and we tried to continue playing in the same way,” said the manager.

“A lot of the time when you play against a lower league team you don’t play with the same pace, and you think you can walk to victory but we were very professional.

“I talked to the players before the game, and said that it’s up to us to make the difference. You have to play with intensity and you can’t underestimate your rival and for me the best thing we did is that we didn’t underestimate them."

This was West Ham’s record win at London Stadium, with Robert Snodgrass, Lucas Perez, Ryan Fredericks all scoring their first goals for the club in addition to Diangana. Michail Antonio and Angelo Ogbonna completed the rout.

Pellegrini will hope for another home draw when the fourth-round balls come out of the hat on Saturday evening, but before that the Hammers host Manchester United in the Premier League eager to build on their recent run of improved form.