West Ham United are delighted to announce the signing of defender Erin Simon.

The 24-year-old joins the Club on a free transfer, having left American side Sky Blue FC at the end of last season.

Head Coach Matt Beard is thrilled to have added Simon to his Hammers squad and is ready to put his newest player into the action.

Beard said: “I am delighted to welcome Erin to West Ham United. She is an exceptional defender who has brought a lively and enthusiastic personality to our team.

Right off the bat, West Ham has just felt like a real family atmosphere, and I’m excited to be a part of something new.

“Erin has proven herself a top professional playing in The NWSL who is determined to work hard, and I am confident we will see the best of her in the English game.”

A versatile player in the back-line, Simon began her college football career with Syracuse Orange in New York, where she played for her college side between 2012 and 2015.

After finishing college and impressing in a try-out and pre-season games, Simon signed a contract with Sky Blue in April 2016.

Making the jump from America to England is a major step in Simon’s career and she spoke about what attracted her to England and in particular, West Ham. 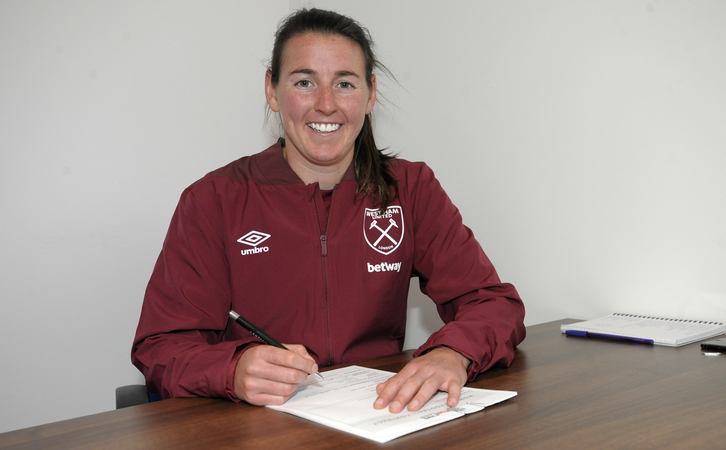 Having played against Lewes and Arsenal in the FA Continental Tyres Cup already, West Ham are preparing to take on Millwall in the competition this weekend.

Following that, the Hammers will open their FA WSL campaign with a home test against Reading on Wednesday, and Simon is eager to begin her career in Claret and Blue.

The defender admits a first campaign in the new top flight will be a challenge, but is confident that she and her teammates are up to the task.

She added: “This season is definitely think it’s going to be a challenge. There’s going to be incredible players all around the world coming to play in the league.

Everyone at West Ham United would like to welcome Erin and her family to the Club and wish her every success for her career in Claret and Blue. 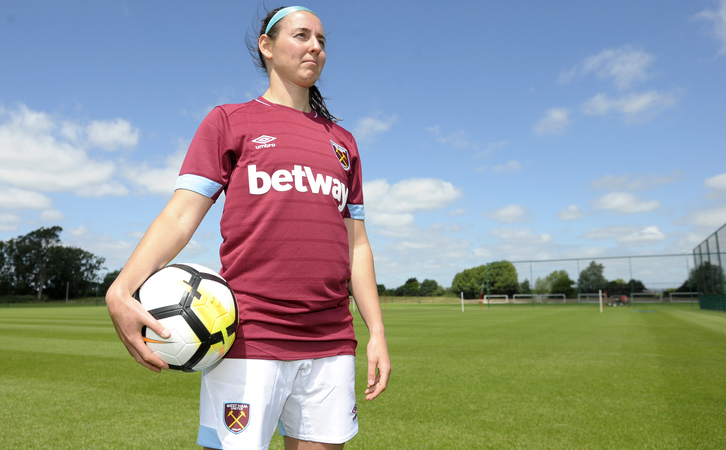