Fredericks: Everyone wants to do their best for the club 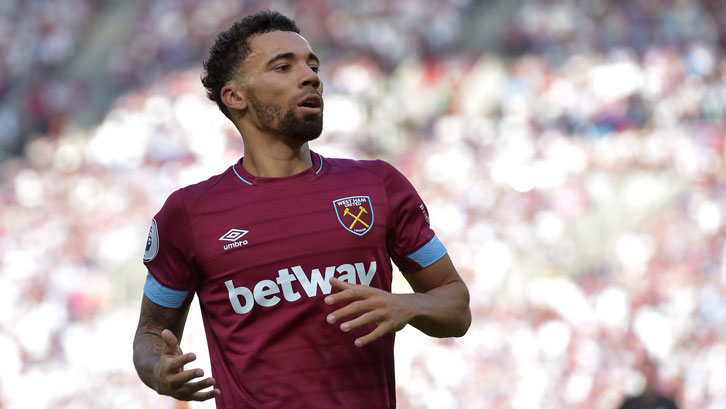 Ryan Fredericks admits West Ham United’s season has not gone to plan so far, but insists every single player is giving their all for the Claret and Blue cause.

The Hammers go into Sunday’s game at Everton bottom of the Premier League table after four straight defeats, the most recent of which came at home to Wolverhampton Wanderers before the international break.

The players spoke honestly in the dressing room following that loss and Fredericks says the squad will be fully focused and raring to put in a much-improved performance at Goodison Park.

“The international break given us a bit of time to clear our heads,” said the right-back. “Everyone was disappointed after the Wolves game. We spoke about it in the dressing room afterwards that that kind of performance was unacceptable.

“We’ve been working hard over the international break and we’re confident of a much better performance and hopefully a better result on Sunday.

“We’ve gone over the fundamentals of how we want to attack and how we want to defend and done a lot of fitness-based stuff because it’s important to keep fitness levels high and improve on them as well. We’ve just gone over all the stuff the gaffer wants from us and hopefully we can take it into the game.”

West Ham’s challenging start has led to the usual accusations from some quarters that the players are not giving their all, but Fredericks insists he and his teammates are as disappointed as anyone at the way they have performed so far.

“There is no thought of letting things go. Some hard truths were spoken after the Wolves game and everyone wants to do the best for the club and the best for themselves.

“Nobody goes onto the pitch and purposely plays badly or to lose the game. We’re all doing our best to put things right.

“We’re all a motivated bunch and want to kick on and do well for this club. The plans the club had at the start of the season, we expected things to go better than this and for us to be higher up the table, so it’s up to us all to work hard and put things right on the pitch.”

Fredericks pointed out that, while West Ham have been beaten at Liverpool and Arsenal and at home by AFC Bournemouth and Wolves, they have been ahead in three of those four matches and need to find a greater level of consistency to turn promising starts into positive results.

“There have been spells in every game where we’ve dominated but it just hasn’t been consistent enough on our part to keep it up for 90 minutes.

“We’ve had a good half here and a good half there, so now we just need to go into the Everton game and put in a performance for the whole 90 minutes.