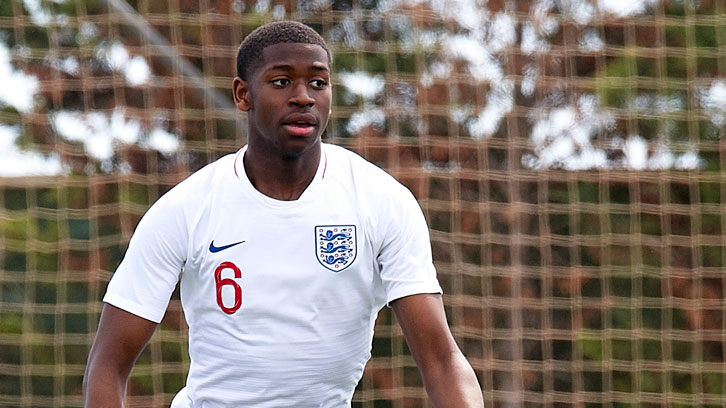 West Ham United’s youth-team captain Ajibola Alese continued his fine start to the 2018/19 season by helping England U18s to a 3-0 win over the Netherlands on Wednesday.

The centre-back, who has inspired the Hammers to four U18 Premier League South victories out of four to kick-off the campaign, was a late substitute for Neil Dewsnip’s Young Lions in their opening fixture at the Limoges International Tournament.

Elsewhere on Wednesday, France and Russia drew 1-1, meaning England top the standings after one round of matches.

The young West Ham player will hope to make his first start at U18 level when England take on Russia on Friday afternoon, before completing their participation in the four-nation round-robin competition by challenging hosts France on Sunday evening.