Lomas backs West Ham to get back to winning ways 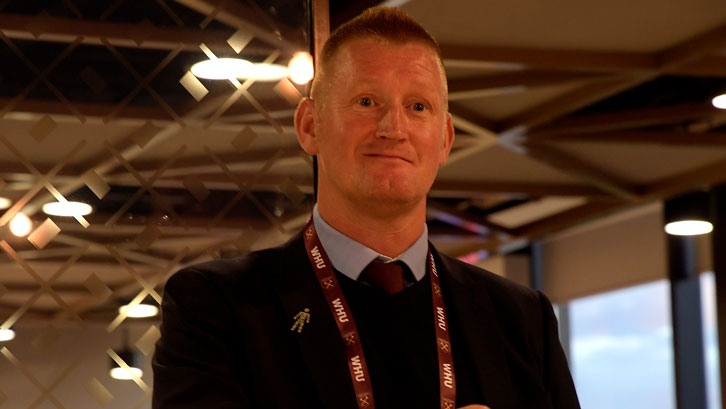 The former captain, who played 227 times in Claret and Blue between 1997 and 2005 before returning to manage the Development Squad in 2011, retains close connections with his old club, appearing regularly as a matchday ambassador at London Stadium.

And while Lomas has been concerned by West Ham’s indifferent start to the 2018/19 Premier League season under new boss Pellegrini, the Northern Irishman believes the Chilean will put things right, given time.

For me, it’s about picking up a few results, getting some confidence and then I believe we will see the best of them

“There was a lot of optimism in the summer and people were saying we could finish in the top six or seven but, for me, it takes more than one good transfer window to build a team to consistently challenge for those positions in the table,” Lomas told whufc.com.

“For Manuel Pellegrini, managing West Ham is a different ball game to managing Manchester City, where he inherited a very strong squad with top, top players from Roberto Mancini. It was a different scenario there.

“It will take time for Pellegrini to get things the way he wants them, and he has had a few issues to deal with, including losing important players to injury like Manuel Lanzini.

“I’m sure things will turn around. We did sign better players in the transfer window, but it takes time for them to settle into the Premier League and to get used to each other. I certainly believe [Andriy] Yarmolenko will become a good player for us, and you can see Felipe Anderson has quality, but the Premier League is a different challenge for them to get used to.

“For me, it’s about picking up a few results, getting some confidence and then I believe we will see the best of them.

“At the end of the day, the manager has got to be given time, because he has not become a bad one in the space of three or four weeks.”

With a trip to Everton and home games with Chelsea and Manchester United on the fixture list in September, Lomas knows the Hammers will need to improve their level of performance if they are to pick up points and climb off the bottom of the table.

“First off, the players need to work harder, with and without the ball, and realise that it’s a massive part of the game.

“You can’t blame it all on the manager, because it’s up to the players to go out there and give everything first and foremost. You have to earn the right to play and that’s what West Ham need to do.”