Yarmolenko: Every player must think about his game 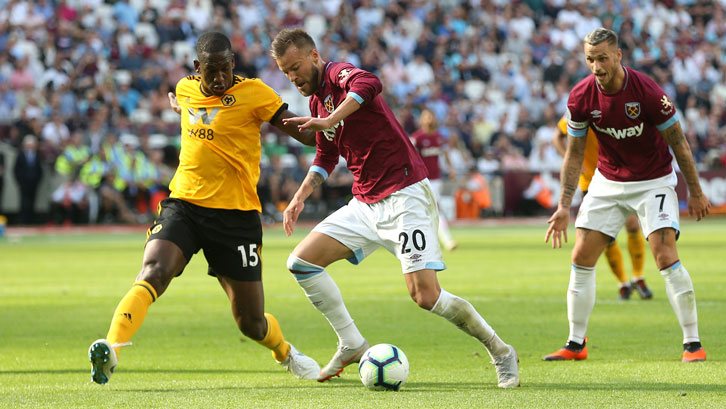 An improved second-half performance against Wolverhampton Wanderers looked set to earn Manuel Pellegrini’s team a point, only for a defensive slip in the third minute of added time to gift a winner to Adama Traore.

Speaking to whufc.com, Yarmolenko was visibly gutted by the nature of West Ham’s latest loss and called on his teammates to look long and hard about how they can turn things around at Everton in a fortnight’s time.

“It’s a difficult moment, of course, but we must sit down and think about our game and every player must think about his game,” said the Ukrainian, who gave his team an attacking spark after coming on as a half-time substitute.

“After two weeks, we must play better because we must play for our fans and for our club. This result is very, very bad for us and we must think about how we can improve our game.”

This result is very, very bad for us and we must think about how we can improve our game

In his career, Yarmolenko has been more used to challenging for titles with Dynamo Kyiv and Borussia Dortmund, but he is ready to roll his sleeves up and battle for the Claret and Blue cause.

“We played better in the second half, but we lost,” he observed. “It’s really difficult to take and I don’t know what to say. I want to say sorry to our fans and we must perform better after the international break.

“We have good players and a good coach, but we must fight for results and I think now we must think hard about our next game, concentrate hard and win.”