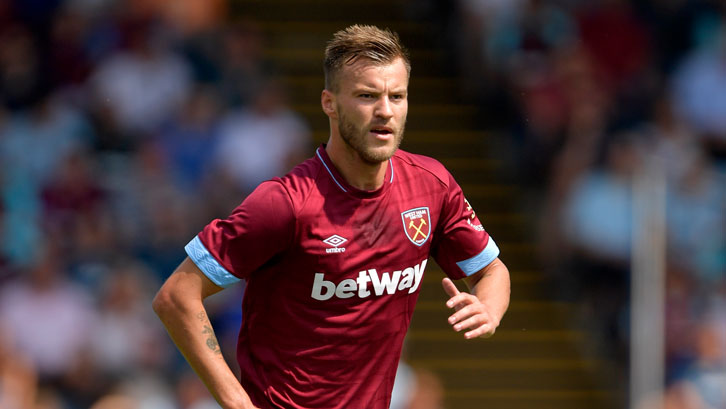 West Ham United players will be spread far and wide during the upcoming international break.

Fabianski’s Poland are among the 12 highest-ranking nations and will kick-off League A Group 2 with a trip to Italy in Bologna on Friday 7 September before hosting the Republic of Ireland in a friendly in Wroclaw on Tuesday 11 September.

Yarmolenko’s Ukraine are in League B – countries ranked between 13-24 – Group 2, where they will start by tackling Czech Republic in Uherske Hradiste on Thursday 6 September, followed by a home game with Slovakia in Lviv on Monday 9 September.

Arnautovic’s Austria are in League B Group 3, where they face a trip to Bosnia and Herzegovina on Tuesday 11 September. Before then, however, Austria welcome Sweden to Vienna for a friendly on Thursday 6 September.

Snodgrass’s Scotland are in League C – countries ranked 25-36 – Group 1. There, they begin with the visit of Albania to Glasgow on Monday 10 September. Prior to that, Scotland welcome Belgium to the same city for a friendly match on Friday 7 September.

Nathan Trott is in the England U20 squad for friendly matches with Switzerland at St George’s Park on Thursday 6 September and the Netherlands at KVV Quick Boys in Katwijk on Monday 10 September.

Conor Coventry’s Republic of Ireland U19s tackle Wales in an international friendly double-header. The first game will be played in Longford on Sunday 9 September and the second in Galway on Tuesday 11 September.

Academy centre-back Ajibola Alese is in the U18 squad for the Limoges Tournament in France, a four-team round-robin competition which will be played at the Stade Municipal de Beaublanc between 5-9 September The Young Lions face the Netherlands on Wednesday 5 September, Russia on Friday 7 September and France on Sunday 9 September.

Carlos Sanchez and Chicharito will not be involved for Colombia and Mexico in their respective friendly internationals being played in the United States.