Arnautovic: We need to stick together

Marko Arnautovic has called on West Ham United to show unity and belief after the side were beaten 1-0 by Wolverhampton Wanderers on Saturday.

A late goal from Adama Traore saw the Irons lose in heart-breaking fashion, leaving the Hammers without a win in their opening four Premier League games of the season.

The Austrian admits the performance wasn’t good enough from Manuel Pellegrini’s side and feels the team and fans must stick together in order to get the side back to winning ways.

We need to stick together, hold together, and believe in each other. We need to get confidence to turn things around.

“It is hard to talk after this type of game,” Arnautovic said. “The dominated in the first half. I think we came into the game in the second half, and created chances. We had better possession but, in the end, results like this cannot happen.

“That’s football, but it’s a very hard situation. I know what the players feel and that the club and the fans are expecting much more from us, but we need to stick together, hold together, and believe in each other. We need to get confidence to turn things around.”

The 29-year-old knows West Ham is a club that contains quality players but says it is down to those same players to show their ability on the pitch. 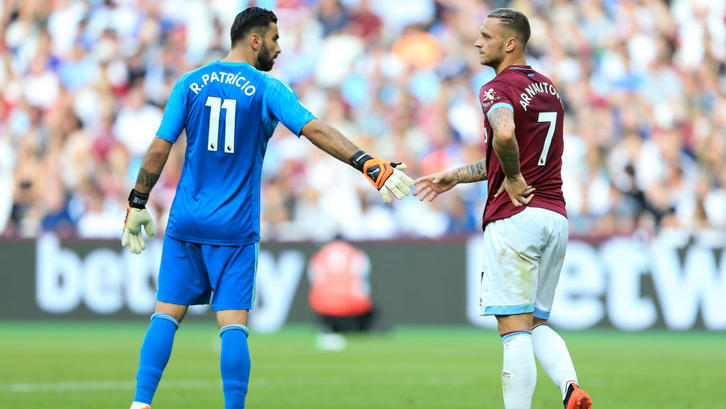 He added; “Everyone believes in each other but today was unacceptable. We need to pick up as soon as possible.

“We know our squad. I know we have good players and we have quality, but we need to show this. On paper, it’s nice to see, but on the field, it isn’t happening like we want, and we need to pick it up.

“Now we’ve got this international break and we have to try and train as hard as possible and come back together to play the next.”