Noble: We are very much behind the people of Leicester 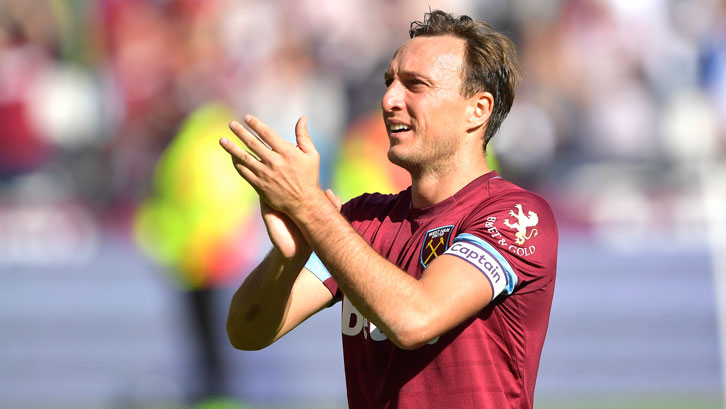 Mark Noble has extended his deepest sympathies to everyone at Leicester City on behalf of the players of West Ham United.

The captain described how the Hammers’ team coach fell into a stunned silence on learning of the tragic helicopter crash which took the lives of Leicester chairman Vichai Srivaddhanaprabha, his staff members Nursara Suknamai and Kaveporn Punpare, pilot Eric Swaffer and his partner Izabela Roza Lechowicz shortly after Saturday’s 1-1 Premier League draw at the King Power Stadium.

Since the incident occurred, the football world has united in support for the Foxes, and Noble said the West Ham squad is standing together in support of everyone affected.

“I’m sure I speak for everyone at West Ham United when I say how hurt and saddened we are by the tragedy that occurred at the King Power Stadium following our match against Leicester City on Saturday evening,” said the West Ham skipper.

“We heard about the incident on the coach back to London after the game and, not surprisingly, the reaction was one of complete shock and stunned silence. It’s hard to comprehend the scale of it and how much it has affected so many people.

“Like most people, I haven’t really been able to stop thinking about it since. Our thoughts and sympathies are obviously with the families of Vichai Srivaddhanaprabha and the four other people who lost their lives, along with everyone at Leicester City football club – the players, the staff, the supporters, who we were alongside on Saturday evening.

“At times like these, the result of a football match suddenly feels very insignificant. However, by the same token, this game also has the power to bring people together and remind us all that, whatever the rivalries on the pitch, off it we all stand together as part of a common love.

“The football family is very much behind the people of Leicester right now.”