Cresswell: We feel good about the way we’re playing 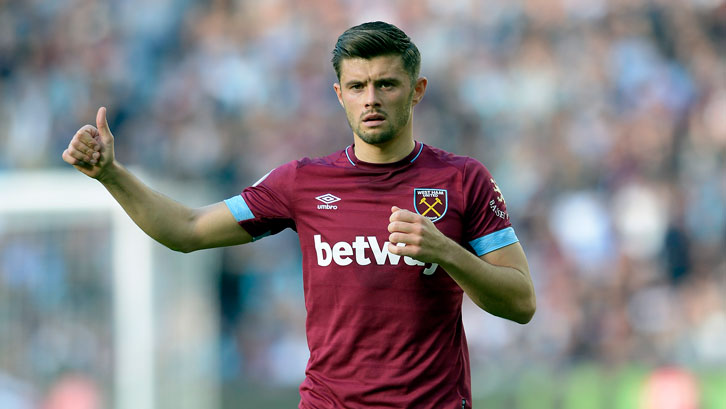 The Hammers have played well for long periods in each of their previous two fixtures, away at Brighton & Hove Albion and home to Tottenham Hotspur, only to be beaten 1-0 on both occasions.

The No3 returned to the starting XI against Spurs and produced a good performance, only to be left frustrated by the final result.

“We feel good about the way we’re playing and, especially with the effort the lads put in last Saturday, it was disappointing not to get anything out of the game, but we were happy with it performance-wise,” said the left-back. “But the result is the most important thing and we didn’t get anything from the game, which was the most disappointing thing.

“I thought I did all right. Tottenham are a very good team and I just think that on another day we take one of our chances and it’s a different game. They had a little spell in the first half but, in the second half, Lukasz [Fabianski] didn’t really have a save to make and I think we were the better team on the day overall. We could have got the rub of the green on another day and got a point.”

We feel good about the way we’re playing

On Saturday, West Ham face a Leicester side who have also suffered hard-luck defeats in each of their last two matches, losing 2-1 at home to Everton and 3-1 at Arsenal, and Cresswell knows the visitors need to be at their best if they are to outsmart the Foxes at the King Power Stadium.

“I watched the Arsenal game and in the first half Leicester were decent and it was similar to ours against Tottenham in that, if they’d taken more of their chances, it might have been a bit different.

“But they’re a good side and I’m sure they will be in the top half come the end of the season. It’ll be tough for us going there but we’ll be looking to win the game. We’re still in a positive frame of mind so there’re no reason why we can’t do that.

“They’re a Premier League side, though, and every one of them has got good players, so we know we’ll need to perform really well to beat them.”