West Ham United women’s head coach Matt Beard is confident his side can put on a performance that will get the Rush Green Stadium crowd bouncing against Liverpool FC Women this Sunday.

The Irons will take on the Reds this weekend at home with Liverpool sitting two places and two points above the Hammers.

After last weekend’s disappointing 7-1 defeat to Manchester City, Beard and his side are looking forward to getting back on the pitch, rectifying last Sunday’s mistakes, and putting on a show that excites the home supporters.

The Irons head coach told whufc.com: “We’ve had a positive week and a good response. We went through the clips and we focused on certain areas of the game that we were disappointed with. It was interesting because when you look at the statistics we were very similar to City, but we made individual mistakes and got punished on the day.

We love playing for the fans and in front of our home crowd, so we’re looking to getting Rush Green bouncing on Sunday.

“The attitude and the application from the players in training has been spot on. They were hurting with the manner of the defeat last Sunday. I’m really excited for us to get back on the pitch, especially at home because we’ve done well at Rush Green. We’ve picked up our four points there, so it’s a tough place for anyone to come.

“The fans will be massive for us this weekend. The support so far has been excellent and it’s quite an enclosed ground, so the atmosphere is always incredible. One thing that we’ll always guarantee the fans is we will give our all, no matter what goes on, and we will try to play in the right way and entertain them. We love playing for the fans and in front of our home crowd, so we’re looking to getting Rush Green bouncing on Sunday.”

Beard managed Liverpool Women from 2012 to 2015, winning two WSL titles during that spell. Chris Kirkland is the current manager of the Reds on an interim basis and Beard admits Sunday will be another big test for the Hammers against his former side.

He added: “It’s going to be another tough game. I’ve been really impressed with their attitude. They are aggressive in their press and in the tackle. They are quite direct, they can get forward and they’ve got pace up front that can hurt you. 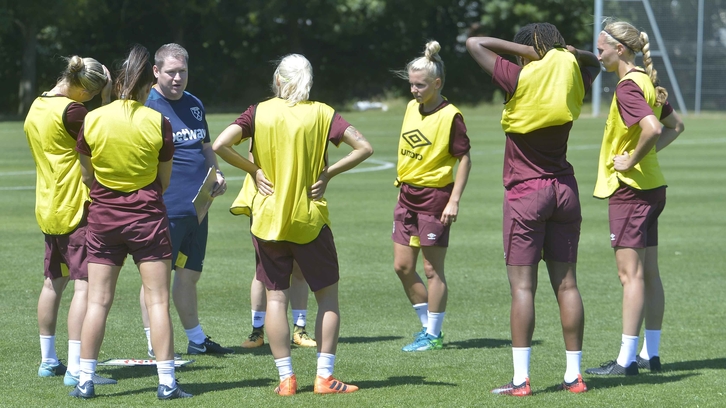 “It’s going to be similar to the games we had with Reading and Yeovil Town, so from that perspective it’s going to be a tough game. They’ve got some very good players that can hurt you. We’ve looked at their strengths and we have worked to nullify them, and hopefully we can exploit their weaknesses."

The Irons could see Leanne Kiernan return to action this weekend, having missed out against Manchester City due to injury, but defender Claire Rafferty is a doubt after picking up a knock.

Supporters at Sunday's match will have the chance to meet West Ham United legend Carlton Cole, as well as mascots Hammerhead and Bubbles.

There will also be inflatable activities, including a penalty shoot-out game, while fans can also test their skill at the Beat the Batak challenge, as seen at London Stadium.

Supporters aged 16 or under can attend this game, and participate in all the exciting events, for just £2. Adult tickets are also available from just £5! Please note all under-14s must be accompanied by an adult. 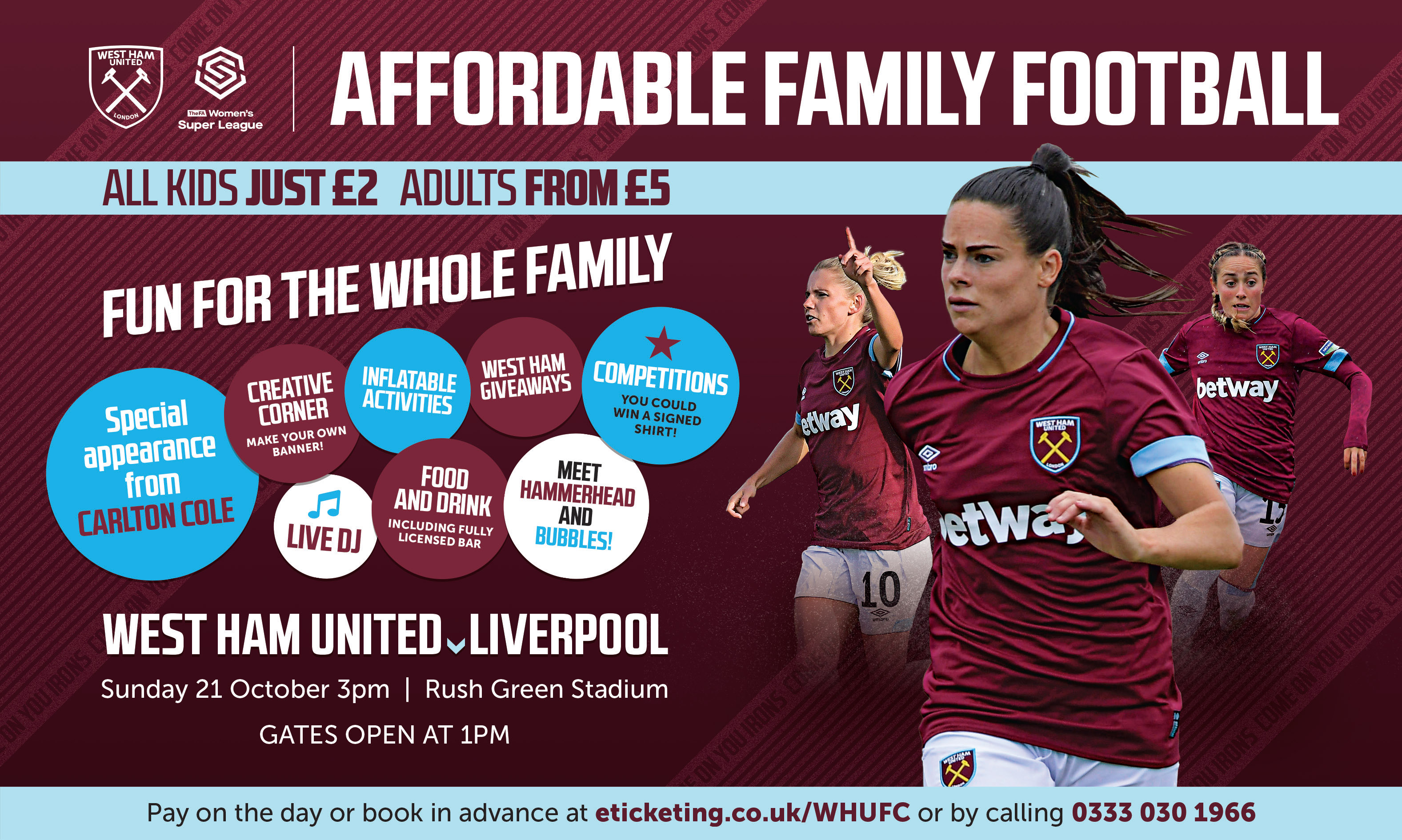