Antonio: It's the perfect game to come back to 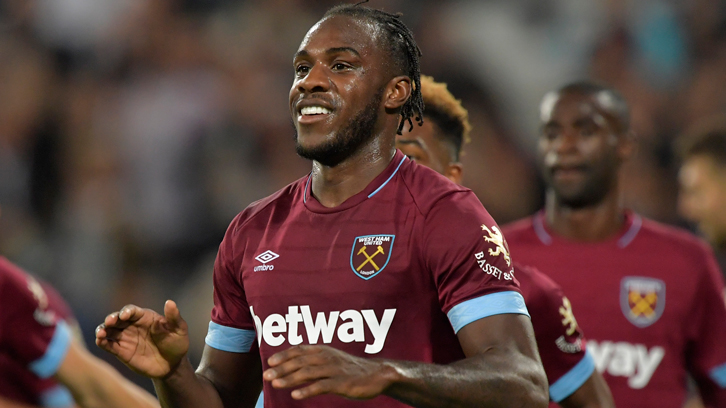 West Ham United return to Premier League action with a London derby against Tottenham Hotspur on Saturday - and Michail Antonio says Manuel Pellegrini's men could not have a better game to end the international break.

The Hammers have had two weeks to get their narrow 1-0 defeat to Brighton & Hove Albion out of their system and will be looking to continue a good run at London Stadium, which has seen them take four points from meetings with Chelsea and Manchester United in recent weeks.

Antonio has enjoyed success against the north Londoners, scoring twice in three appearances - including the winner in the final meeting between the sides at the Boleyn Ground - and now he wants another.

"It’s the perfect game to come back to," he explained. "It’s one of those games to come and show what we can do against a top team.

"We had a bad loss at Brighton. We tried hard and did what we could but we just started the game a bit slowly. When we got back into the game it was just a little bit late and we couldn’t get the goal.

"We missed a few opportunities but we definitely felt positive off the performance and we’re just going to keep moving forward and keep doing what we’re doing.

"We’ve trained hard during the international break, so now we’re ready for Spurs."

West Ham return to Premier League action at home to Tottenham Hotspur on Saturday 20 October at 3pm. Seats for the game are available now via the Ticket Exchange.