Coventry's pride at leading Ireland U19s to Elite Round 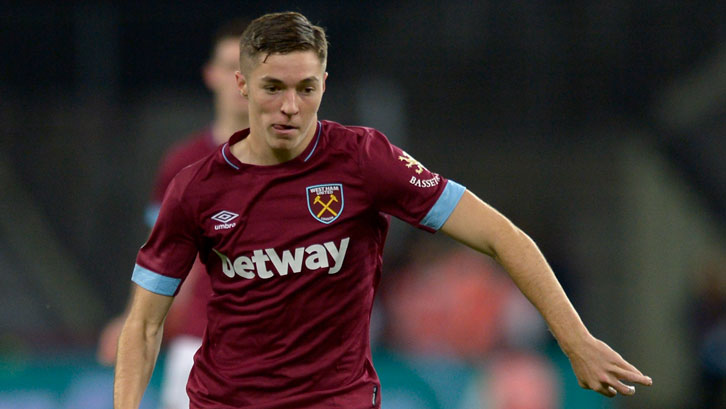 Conor Coventry was brimming with pride after helping the Republic of Ireland defeated the Netherlands and secure their place in the UEFA European U19 Championship Elite Round.

The Irish came from a goal down at the City Calling Stadium in Longford to overcome the Dutch 2-1 and finish top of Group 10 and go through to the final qualifying stage, which will be played in March 2019.

Should they top their Elite Round group, the Boys in Green will qualify for their first U19 European finals since 2011, when they reached the quarter-finals, in Armenia next summer.

To play all three games was big for me as it showed the manager has trust in me, so hopefully I can keep pushing on

“The team did really well to play the way we’ve played all week and I think we’re really changing the way people will look at Irish football,” Coventry said, reflecting on victories over Bosnia and Herzegovina, the Faroe Islands and the Netherlands in which they scored eight goals and conceded just two.

“Some people might think we’re just going to kick it and run and fight, but while we do fight for our country, we can also play and we’ve got some great players in this team. I think we’ve really changed the style and the perception around what we’re trying to do.

“There’s a lot of talent in this group and I think that showed, not only in beating Bosnia and Herzegovina and the Faroe Islands, but to beat Holland, who are one of European football’s superpowers.

“They play with a flowing style and for us to beat them at their own game was massive and it’s massive for the next round as well because to top the group means we’re a higher seed, so hopefully we can go through to the finals next summer.”

Coventry started and completed the full 90 minutes in all three Group 10 ties to take his tally of U19 caps to seven since making his debut against the Czech Republic in September 2017.

And the 18-year-old midfielder believes his international experiences will only benefit him when he returns to domestic duty next week.

“Personally, I’m really pleased with my performances in the three games,” he continued. “I managed to get an assist against Bosnia and Herzegovina and I got another one for the winner against Holland, so I’m just buzzing with how I played.

“To play all three games was big for me as it showed the manager has trust in me, so hopefully I can keep pushing on and get in the team again in the Elite Round.”