Where are they now? The Hammers who defeated Blackpool 4-0 on this day in 2011 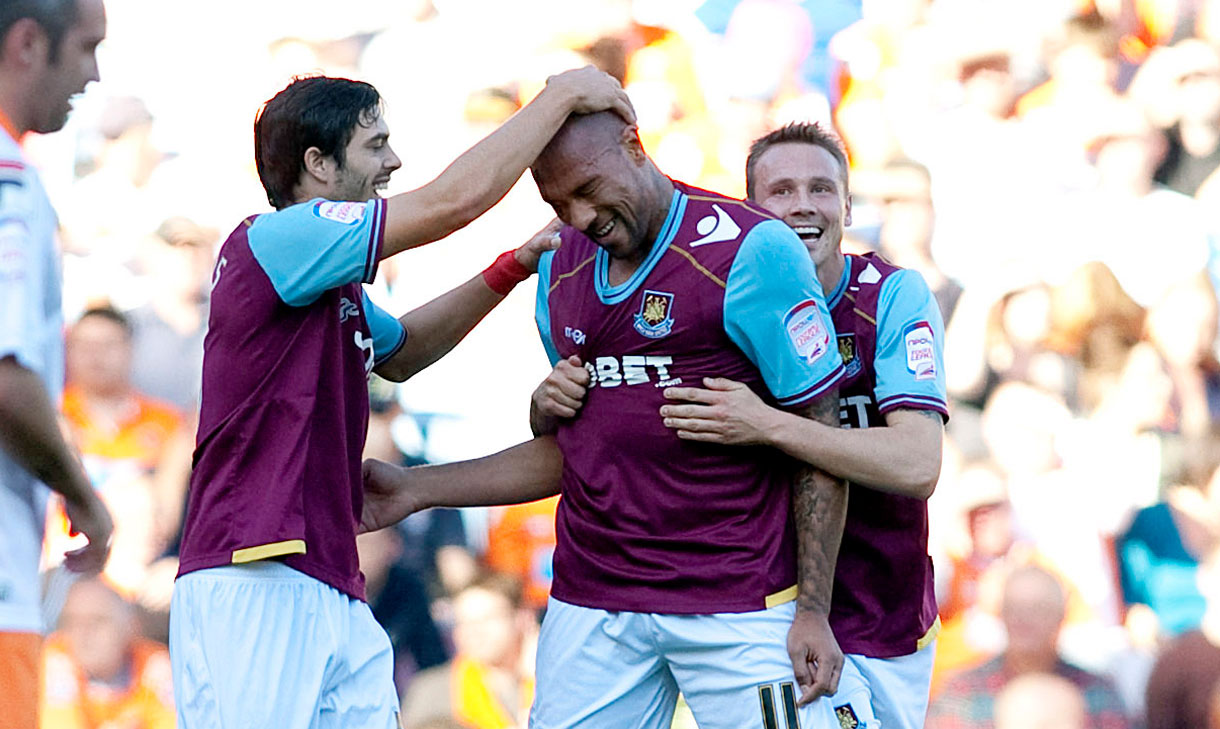 West Ham United were in the early stages of their 2011/12 Championship promotion season when they welcomed Blackpool to the Boleyn Ground on this day seven years ago.

The Tangerines – who the Hammers would go on to defeat in the Wembley Play-Off final – had no answer to West Ham’s power on this October afternoon.

John Carew’s early goal set Sam Allardyce’s men on their way, before a three-goal blast at the start of the second period took the game out of sight. Sam Baldock got two of them, with Jack Collison’s fourth the icing on the cake.

We take a look back at the players who put Ian Holloway’s side to the sword...

With Robert Green nursing a knee cartilage injury, the Hammers moved to bring in Arsenal goalkeeper Manuel Almunia on loan. The Spanish stopper spent eight years with the Gunners, and played four times on his brief sojourn east. His last club was Watford and he was forced to retire on medical advice in August 2014, when a rare heart condition was picked up in a medical with Italian side Cagliari.

Right-sided player Julien featured on 21 occasions as the Hammers made it back to the top flight that season. He was in east London for five years in all, spending one of those seasons on loan at Real Madrid. After leaving West Ham he played for Turkish side Elazigspor, Bordeaux and Inter Turku in Finland. Earlier this year he was with Indonesian side Borneo. 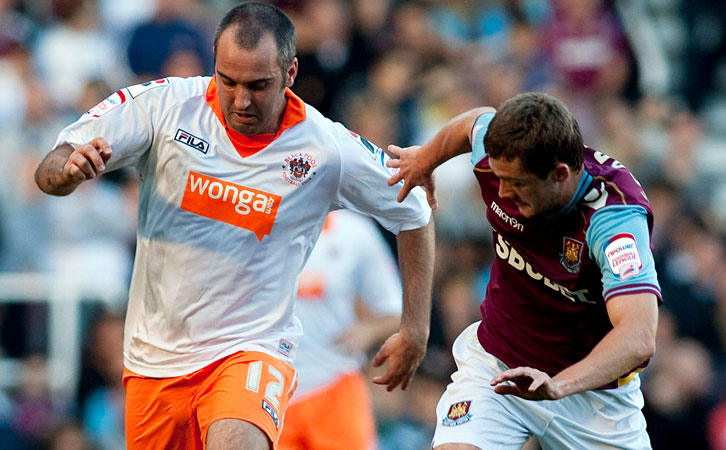 Northern Irishman George had two spells as a Hammer, playing 61 Premier League games between 2006-08, before returning, initially on loan from Sunderland, for this season. He would sign permanently again in the summer of 2012 and he played a further 34 top flight games in Claret & Blue before being released in May 2014.  Now 37, that was McCartney’s last campaign in the professional game.

Academy graduate James featured in all but two of the Hammers’ league games in 2011/12, forming an excellent partnership with Winston Reid. He debuted three years earlier and remained at the Boleyn Ground until the summer of 2016. He moved on to Crystal Palace and remains at Selhurst Park today, where he has been a regular in the side over the last two seasons.

Reid was in his second season as a Hammer, helping the club bounce back to the Premier League at the first time of asking. The New Zealand international has been a linchpin of the Hammers defence since, although he is currently sidelined by a knee injury suffered at Swansea City in March this year. He scored the matchwinner in the final Boleyn Ground game, the famous 3-2 victory against Manchester United in May 2016. 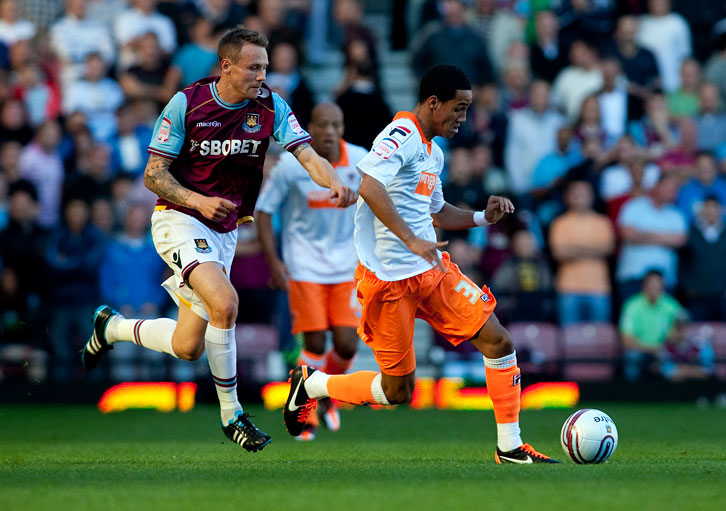 Left-back Matt was one of Allardyce’s summer signings as he reshaped the Hammers squad for their tilt at promotion in 2011/12. He spent three years at the club, scoring three goals in 90 games, before Burnley took him to Turf Moor. He subsequently played for Northampton Town and is still a regular in League Two today with Swindon Town, at the age of 36.

Senegal midfielder Diop’s one season with the Hammers saw him make 16 appearances in their successful promotion effort. Formerly of the likes of Lens, Fulham and Portsmouth, he was 33 by the time he arrived in east London and he had one more season as a pro after his stint with the Hammers – also in the Championship with Birmingham City. 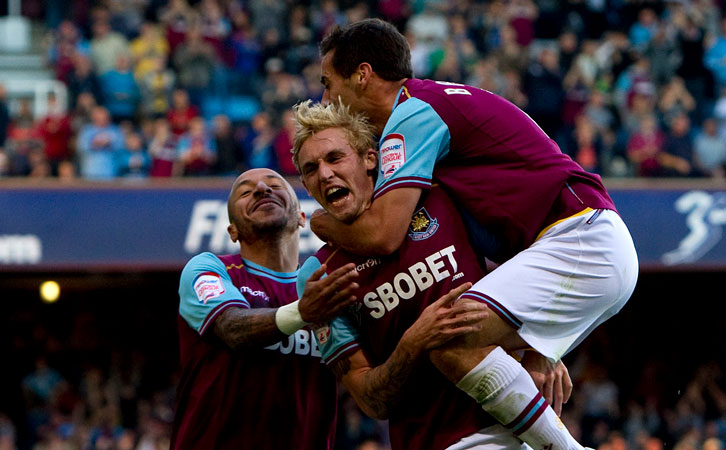 The second Academy product in this Hammers XI, Jack Collison was on his way back from a knee injury at the time. His 35 appearances in 2011/12 was a career high, with his troublesome knee putting paid to his career too early in 2016 after a spell with Peterborough United. He returned to the Hammers as a coach and now leads the U18s alongside Mark Phillips.

Nolan skippered the Hammers to promotion in this, his first season of four in east London. Already well-known for his goalscoring from midfield for Bolton and Newcastle, Nolan notched 31 times in 157 games for West Ham, before leaving at the start of the 2015/16 campaign. He then had a stint as player-manager with Leyton Orient and was most recently in charge of Notts County until August of this year. 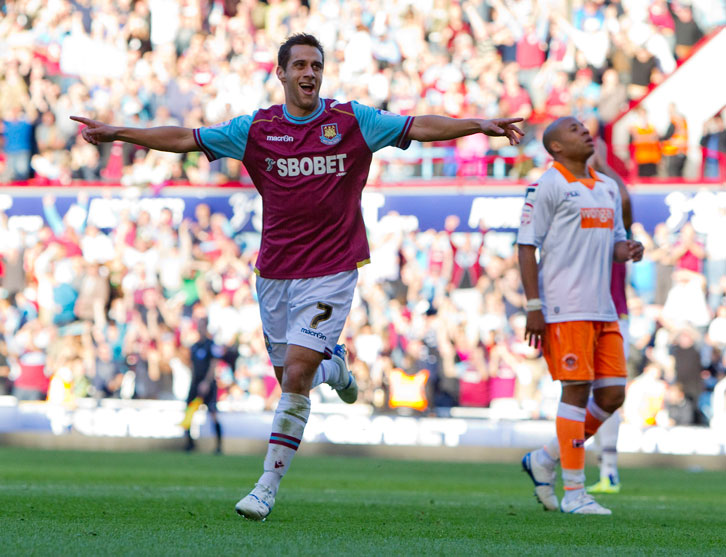 Sam Baldock’s double in this game were his first goals since joining from MK Dons just over a month previously. He notched a brace in his next home game too, against Leicester City, but found starts hard to come by and he left for Bristol City in August 2012. He currently plays for Reading, and has scored three goals for the Royals this term.

Well-travelled Norway international John made the Hammers his seventh and final permanent club when he arrived as a free agent in August 2011. He enjoyed success in La Liga and the UEFA Champions League with Valencia and spent four-and-a-half years with Aston Villa. Since retiring, he has acted in film and on television in his native Norway.

West Ham used Abdoulaye Faye and two more Academy graduates in Freddie Sears and Mark Noble from the bench. Faye went on to play for Hull and Malaysian side Sabah FA, Sears is currently with Ipswich Town, while Noble, of course, now captains the side he has represented throughout his career