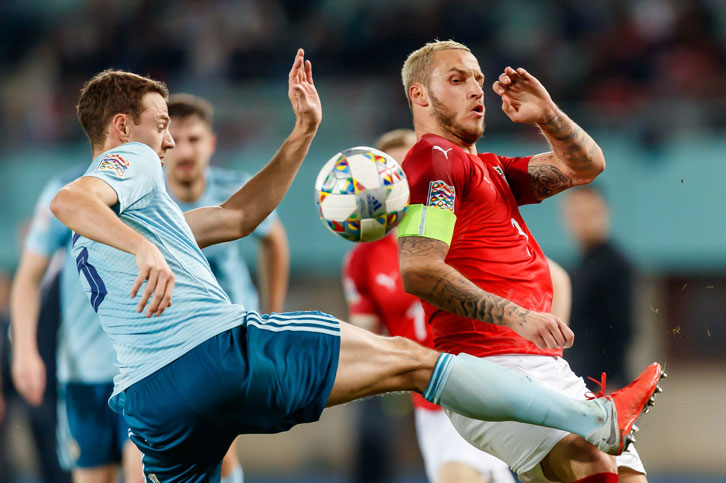 Marko Arnautovic has taken his goalscoring form to the international stage this week, adding to his four West Ham United goals for the season by notching the winner in Austria’s 1-0 UEFA Nations League victory against Northern Ireland.

Arnautovic struck with 19 minutes left in Vienna to give Austria their first victory in Nations League B Group 3 and give themselves a chance of overhauling Bosnia and Herzegovina in top spot.

The Austrians take on Bosnia in a crunch game next month, but for now Arnautovic was delighted to notch for the 20th time on the international stage.

“I was happy to score the goal, and I was happy for the team because we worked very hard for it,” the Hammers No7 said.

“That's what the coach expects and what every player expects from one another – that you just give everything in the game, and we did that against Northern Ireland.

"It was more a game of patience than a football match. In the first half we saw that there was a bit of desperation, but we waited and we had patience.

“It was not easy, because of course there was pressure from the outside. Everybody expects us to win, but after all, we won and that is the decisive factor."

Austria return to action on Tuesday evening when they travel to Denmark for a friendly international.