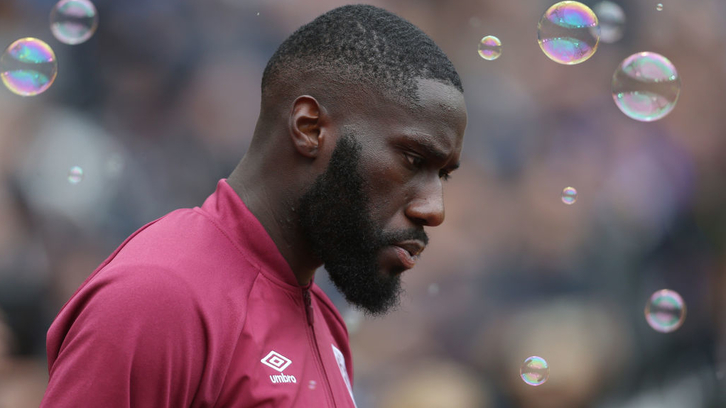 Arthur Masuaku’s international debut for DR Congo ended in defeat as the Leopards were handed a 2-1 loss by Zimbabwe.

The left-back earned his first cap for the national side in Saturday’s Africa Cup of Nations qualifier, but could not help his side to victory at the Stade des Martyrs.

Ronald Pfumbidzal put the away side in front on 21 minutes before Knowledge Musona of Anderlecht doubled Zimbabwe’s advantage in the second period.

Masuaku’s debut for DR Congo came to an end of 82 minutes, with the Hammer being replaced by Mundele, before Yannick Bolasie registered a late consolation effort in added time.

The defeat means that DR Congo have been inflicted their first loss of the qualifying campaign, and now sit second in Group G with four points from three matches.

In the only other contest featuring a West Ham United player on Saturday, Conor Coventry played the full 90 minutes for the Republic of Ireland U19s as they beat the Faroe Islands 3-0.

The game was secured thanks to a second-half hat-trick from 16-year-old Tottenham Hotspur midfielder Troy Parrott, in a match the Irish dominated.

Coventry was on set-piece duty for the hosts, taking seven corners in the UEFA European U19 Championship Qualifying match.

The result means Ireland U19s are the early pace-setters in Group 10, and lead the way with wins in both of their qualifying matches so far. Coventry and his teammates are back in action on Tuesday with a home tie against the Netherlands.