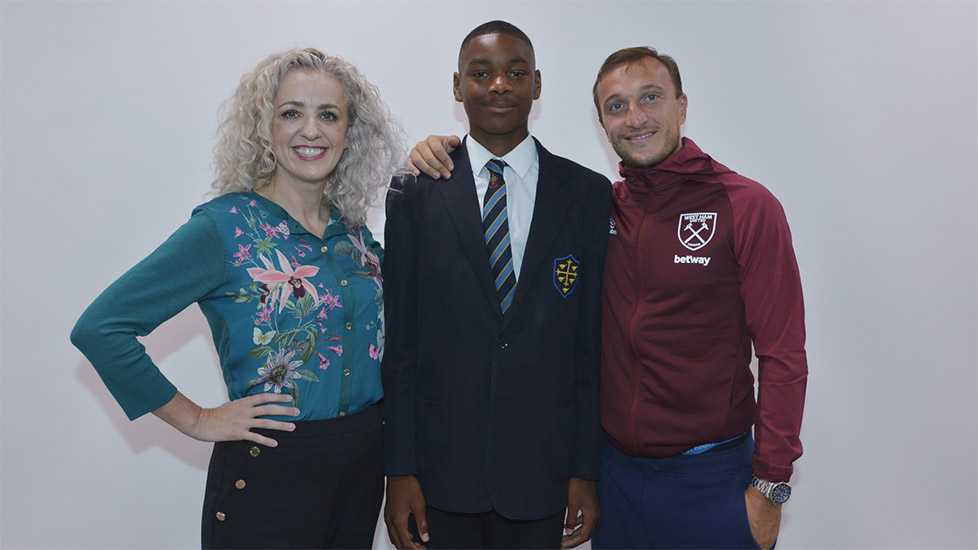 While pursuing their dreams of becoming professional footballers, the Academy of Football’s young players will now have better opportunities to follow an academic pathway at the same time thanks to West Ham United’s new partnership with St. Edward’s Church of England Academy.

The partnership will see the school, which is based in Romford and only a stone’s throw from the Academy’s Chadwell Heath base, deliver a range of education programmes to the Club’s youngsters.

Players, who will have the chance to study for A-Level, BTEC and GCSE qualifications, will gain valuable transferrable and holistic life skills, vital for a their development as both players and for later life.

Oliver Lethbridge, Head of Education for the Academy, has been involved in developing the partnership with St. Edward’s Academy.

He said: “West Ham are proud to work in partnership with St. Edward’s. The School is an educational environment that stands for excellence and has the well-rounded achievement of its students at the centre of their vision.

“Both staff and students contribute towards the creation of a positive and safe learning environment that focuses on developing the individual needs of each young person. They are committed to the highest academic standards.

The skills that our players will develop are transferrable and add value to their football performance.

“It is important that our young players strive to develop their performance in the classroom as it provides an opportunity for them to develop skills relating to reflection and problem-solving. These are skills that are transferrable and add value to their football performance.”

“In addition, the players undertaking these qualifications will support the development of holistic life skills. Obtaining these skills and qualifications is a vital part of each young persons’ development as it will be important for the transition when their playing career finishes.”

St. Edward’s Church of England Academy are holding an Open Day on Saturday 13 October 2018 between 10am–1pm. Parents with children in Years 5 and 6 are encouraged to attend to find out more about what St. Edward’s can offer.

Nevers: I'm thankful to my U23s teammates and the fans

Halajko: U23s can be happy with their progress