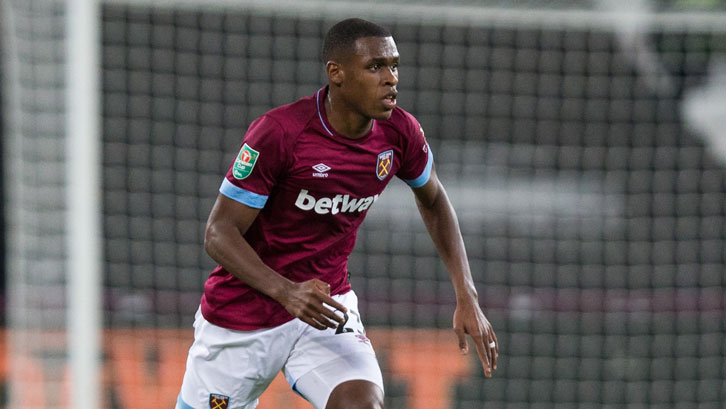 Issa Diop has his sights set on a place in the senior France squad as he rises to the challenge of playing regularly in the Premier League.

Prior to completing his summer move to West Ham United, the centre-back had spent his entire senior career with French club Toulouse, making his debut at the age of 18 and going on to play 77 times in Ligue 1.

While he came up against the likes of Neymar, Edinson Cavani, Kylian Mbappe and Mario Balotelli in France’s top flight, Diop says the relentless nature of the Premier League has presented him with an even sterner challenge.

“[The Premier League] is a championship where you have to be very, very strong in transition,” he observed. “For me it's the biggest difference from France. Offensive players are all talented and very athletic, more than in France. There are not necessarily more physical battles but the players are faster and more beefy.”

While things are going well for Diop on the pitch, with the 21-year-old starting each of West Ham’s last six matches in league and Carabao Cup, he has also settled in quickly off it.

Like many foreign-born players, the Frenchman arrived in London with a grasp of the English language, making it far easier to get to know his new teammates.

It has always been a dream to play for France. If it happens, it happens, otherwise too bad!

“It's going very well, they are nice to me” he told Toulouse-based newspaper La Depeche. “Before arriving I did not know them personally but I knew who they were because I watched football on TV.

“Speaking English is fine, too. I went to school so I use what I can remember!”

While Diop’s English is rapidly improving, he remains a proud Frenchman and is hoping his performances in Claret and Blue catch the eye of Les Bleus manager Didier Deschamps before too long.

The centre-back has been capped at every age-group level, winning the UEFA European U19 Championship in 2016, and now has his sights set on a place in the senior squad. At the same time, he ruled out the possibility of playing for the country from which his footballer grandfather Lybasse hailed, Senegal.

“It has always been a dream to play for France,” the No23 confirmed. “If it happens, it happens, otherwise too bad!

“I have always said that I will only play for France and for no-one else. Whether I'm selected or even if I'm never selected with the seniors, I will not play for another country.

“I was born in France, it's France that I have everything for, so I do not see why I would play for another country."