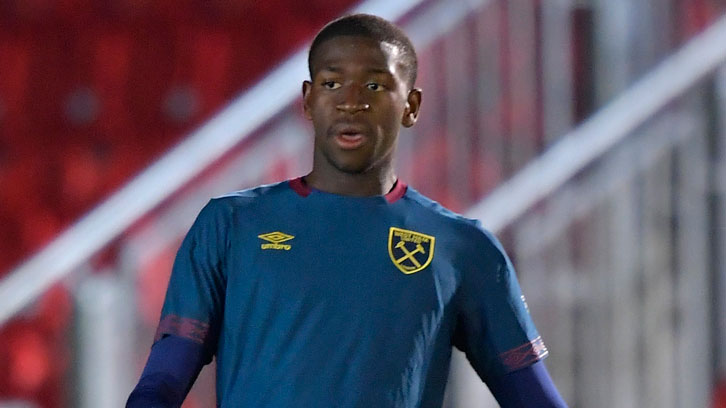 The Hammers, who started three schoolboys at London Colney, had come from a goal down to level through captain Ajibola Alese (pictured) early in the second half, only for the Gunners to snatch victory when substitute Stanley Flaherty netted with just seven minutes remaining.

However, with schoolboys Jamal Baptiste, Amadou Diallo and Jayden Fevrier all starting and their full-time teammates also showing plenty of promise, coaches Mark Phillips and Jack Collison were not too downhearted.

“We lost but it was a very good game and advert for youth football in this country,” said Phillips. “I’m proud of West Ham in defeat. To have three schoolboys in the team in competitive U18s football is an achievement.”

The U18s will now take a short break from league action due to the international break before returning to action against Chelsea at Little Heath on Saturday 20 October at 11am.