Calling all FIFA 19 players!  West Ham United have teamed up with our official investment and eSports partner Basset & Gold to launch our first ever gaming tournament open to the public.

The winner of our Grand Final held at London Stadium next month will walk away with £10,000 and there are plenty of other cash prizes up for grabs throughout the course of the Cup.

The tournament, which will be operated by online eSports specialists Battlefy, will kick off later this month with a series of online qualifiers.

The best 16 players (eight on PS4 and eight on Xbox) will then be invited to an exclusive Grand Final held at London Stadium on 18 November, where the winner of the Basset & Gold eSports Cup will be crowned.

West Ham United’s Commercial and Digital Director Karim Virani said: “West Ham United were the first Premier League team to move into eSports a few years ago and it continues to be an important part of our strategy moving forward. As part of that strategy we’re hugely excited to join forces with our Official eSports Partner Basset & Gold in this search for the UK’s best FIFA19 player. 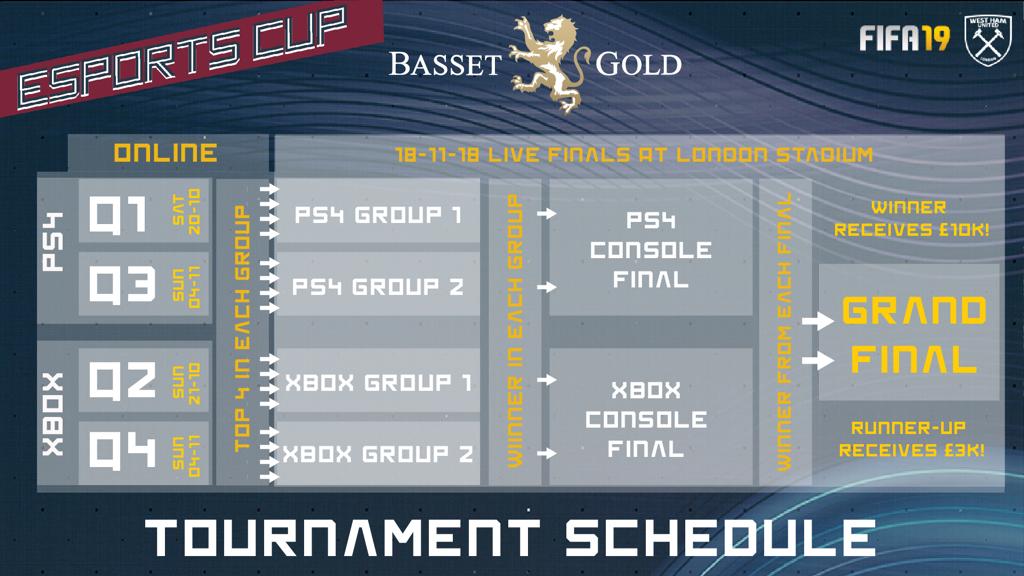 "London Stadium is, of course, the place to see some of the best footballers in the Premier League and we now look forward to welcoming some of the most talented FIFA19 players from across the UK.”

West Ham United have been pioneers in eSports and became the first British team to sign an eSports player in 2016, while London Stadium hosted the first ever eSports tournament involving professional clubs in the same year.

Earlier this week, West Ham stars Felipe Anderson and Adrian battled it out with a game of ‘No Rules’ FIFA19 which was streamed live on Twitch. 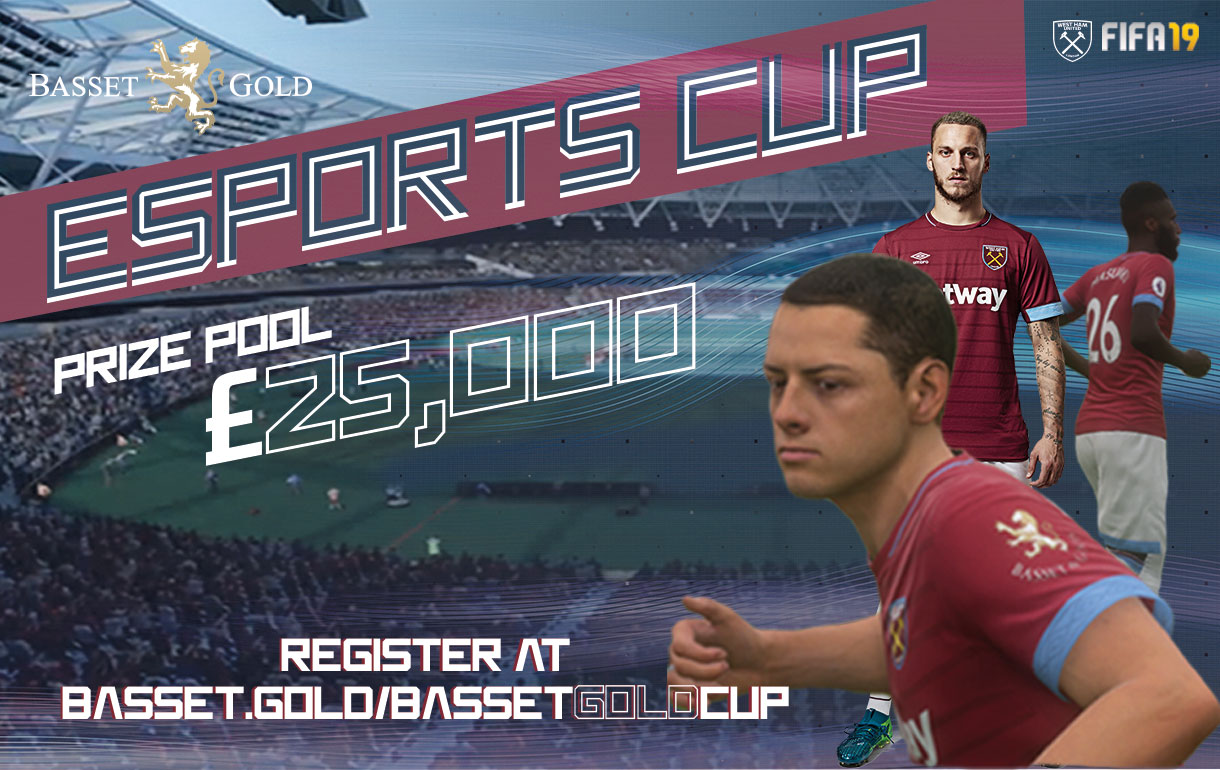 Step up your game with Jamboo’s LIVE FIFA Clinic!