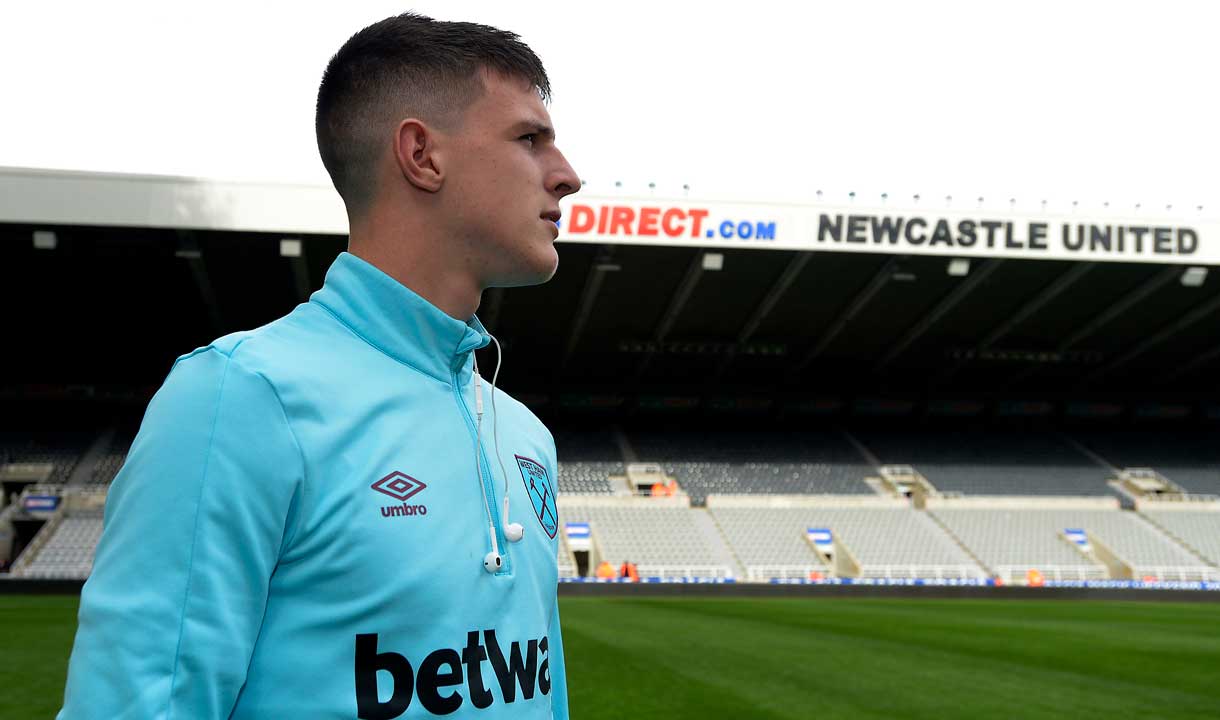 Declan Rice is looking forward to returning to a stadium where he had two of the most-important experiences of his young career.

The West Ham United star was just 18 when he captained the U23s to a Premier League 2 Division 2 Play-Off final victory over Newcastle United at St James’ Park in May 2017.

But that joy was followed by the humbling experience of being replaced at half-time in the 3-0 Premier League defeat at the hands of the Magpies three months later, on just his second top-flight start, having made an error which led to Newcastle’s opening goal.

Some young players might shy away from returning to the same ground, but the 19-year-old is relishing the opportunity to erase that memory on Saturday afternoon.

“Without a doubt, winning the Premier League Cup at St James’ Park was a great experience and one I’ll never forget, but then starting for the first team, making a mistake that led to a Newcastle goal and being taken off at half-time last season was completely different,” said the No41, who is now closing in on 50 first-team appearances in Claret and Blue.

“I think that experience set me up for a good season last year. It’s all about learning from setbacks and realising the intensity of the Premier League, so I’m looking forward to going back there and hopefully getting the win this time around.

“St James’ Park is a top stadium and it’s full of passionate fans and you can really hear that roar when you’re walking out, so I’m really excited by the prospect of playing in that atmosphere again on Saturday.”

Newcastle away kicks-off an important week and a busy December for West Ham, who face seven Premier League fixtures in the final month of the year.

With Cardiff City and Crystal Palace to visit London Stadium next week, Rice is targeting a winning run to help the Hammers climb away from the bottom three and into mid-table.

“It’s a massive week we’ve got coming up,” he observed. “We obviously only picked up one point from our last two games against Huddersfield and Man City, so we’ve got a big game at Newcastle at the weekend.

“They’ve won their last three games, but we need three points majorly, so we’re going to go out there and give it everything we’ve got.”