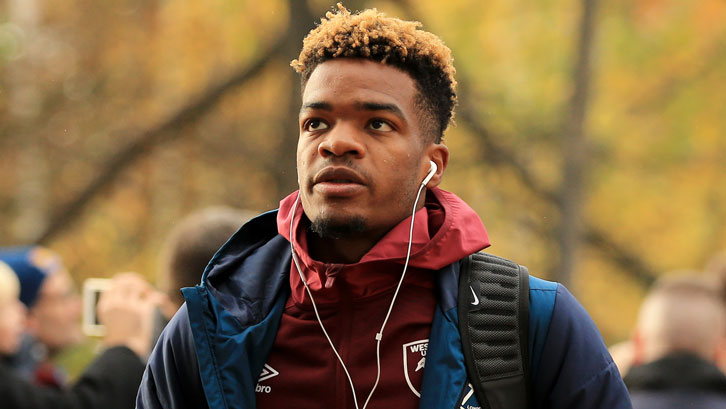 Grady Diangana is aiming to draw on his positive memories of St James’ Park when he and West Ham United take on Newcastle United on Saturday.

The 20-year-old was part of the Hammers U23 side which won promotion to Premier League 2 Division 1 by beating the Magpies in a thrilling Play-Off final on Tyneside in May 2017.

Toni Martinez scored twice as the Irons won 2-1 on a night the Academy graduate will never forget and he is aiming for a similar result in the Premier League this weekend.

I remember being in the changing room after the game and those are great memories!

“It was the Premier League 2 Play-Off final and Toni scored a really nice goal to win it for us, so it’s a nice memory,” he smiled. “I remember being in the changing room after the game and those are great memories!

“Obviously last week was a bit different but I’ve learnt not to dwell on things and to learn from every experience, put them behind me and try to move on. That’s the way forward for me.”

West Ham are seeking to bounce back after losing 4-0 at home to Manchester City last time out in a game where Diangana was replaced at half-time.

However, rather than dwell on his withdrawal, the youngster is determined to learn from every setback and turn it into a positive going forward.

And with Cardiff City and Crystal Palace to visit London Stadium next week, Diangana is looking forward to a potentially very successful week for the Hammers.

“We’re aiming for nine points,” said the winger. “We know the teams we’re playing against are in and around the same position so we’re going to try and fight for every game that we play and get all the points that we can.

“I’ve played at St James’ Park before. It’s a big stadium, but I’ve never played there when it’s full, so I don’t know what that feels like, but we’re going to go there fearless and try and win the game.

“It inspires me to play in beautiful stadiums. It makes you feel special and like you’re part of a special occasion, so to put on a performance and entertain the fans is what we’re all aiming to do.”

While West Ham are confident they can defeat the Magpies, Diangana knows Rafa Benitez’s team will be no pushovers, particularly as they go into Saturday’s fixture on the back of three straight Premier League wins themselves.#

“I see Salomon Rondon as being a threat, so they’re probably going to play a lot of balls in the air for him as he’s really good aerially,” he observed, showing he has done his scouting ahead of the game.

“They’ve also got some good ballplayers like Kenedy, Matt Ritchie and Mo Diame who used to be here at West Ham, so they have got a lot of threats all over the pitch.”

*You can follow live text and audio coverage of Saturday’s game from St James’ Park on whufc.com from 1pm on matchday.