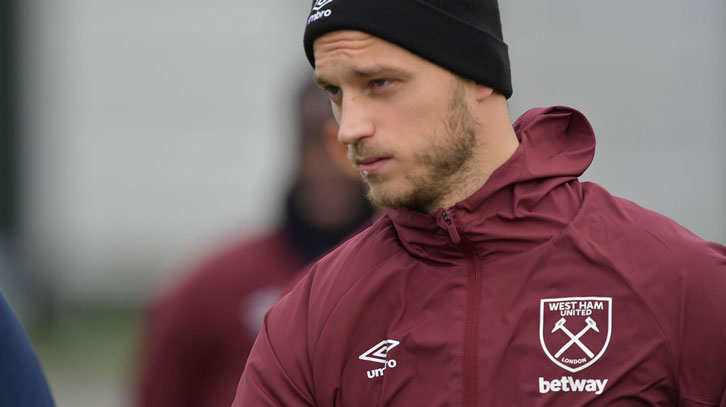 West Ham United’s leading scorer limped off near the end of last weekend’s home defeat by Premier League leaders Manchester City, but has recovered from the knock to take his place in the squad for the trip to St James’ Park.

And the manager gave Hammers fans a further boost by announcing that Andy Carroll and Jack Wilshere could also be involved after recovering from their respective ankle injuries.

“Andy Carroll is maybe one step further forward than Jack Wilshere because he played 45 minutes in the friendly game against Brentford and he was on the bench last week. Both of them worked without problems this week so may be on the squad list for Saturday.

“The rest of the injuries are all long injuries so, at the moment, we have no new news about Manuel Lanzini, Carlos Sanchez or Ryan Fredericks, as all of them are long injuries.” 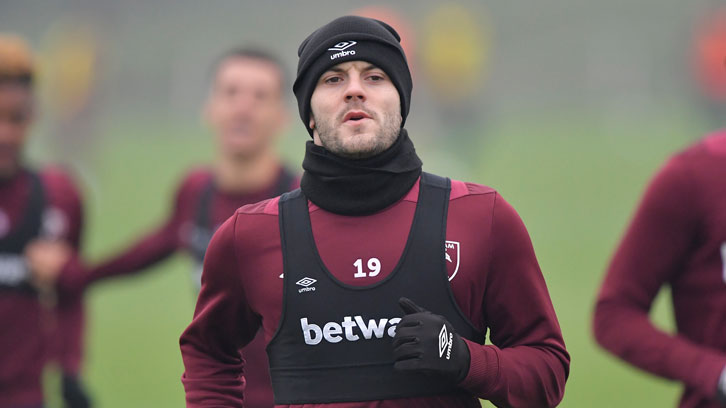 Pellegrini did admit, however, that Fredericks’ absence with the shin injury he suffered at Huddersfield Town earlier in November will give him a selection headache during a busy December.

With 33-year-old Pablo Zabaleta West Ham’s only fit senior right-back, the manager will seek a solution should he need to rest the Argentinian during a month that contains seven Premier League fixtures.

“Unfortunately we have just one right full-back,” said Pellegrini. “It's impossible for Pablo, at his age, to play seven games during December, so we need to see what we are going to do in that position because that’s why we bought Fredericks, to play some games, so being without Ryan is a very serious thing.

“First, we have to play at Newcastle, then we will think about what we are going to do. We are working during the week with different players but we need someone to replace Pablo because, I repeat, he cannot play seven games in December.”

Having been without a number of important players for extended periods over the opening months of his reign, Pellegrini is hoping for better fortune when it comes to injuries over the busiest period of the season.

"It's very difficult,” he admitted. “We play a lot of games this month and, over the whole season, when you bring in players like Andriy Yarmolenko, Fredericks and Sanchez and they are out for two or three or even six months and you also suffer injuries to very important players like Carroll and Wilshere, who we brought in to be our creative midfielder, so we don't have such a big squad to have six or seven players who cannot play for months.

"We hope to have a stronger squad at this part of the season if the injuries respect us."