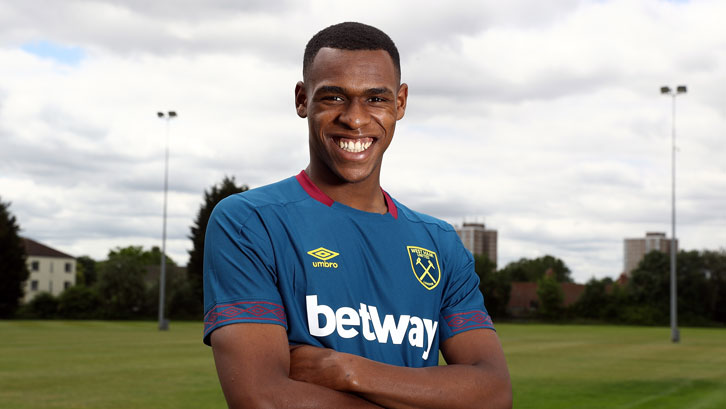 The France U21 defender played saw the striker score in the opening pre-season match at FC Winterthur in Switzerland and has come up against Carroll regularly in training since the No9 made his comeback from the ankle injury that had ruled him out since mid-July.

And, having already witnessed the England international’s power and ability at close quarters, Diop is acutely aware of the quality and threat he will possess when he returns to a Premier League pitch – potentially at St James’ Park on Saturday afternoon.

Andy is very difficult to play against because he is big and physical, good with the ball and with his height he is dangerous

“It’s good to have Andy back because he is an international player, he has played for England,” said the impressive centre-half, who has started West Ham’s last eleven top-flight matches and is set to feature again at Newcastle this weekend.

“I am happy to have him back. He is very difficult to play against because he is big and physical, good with the ball and with his height he is dangerous.

“It’s good because it gives us different options. We can play long ball, and inside the box he is very good as well.”

Diop and West Ham travel to Tyneside seeking to bounce back from last Saturday’s 4-0 home defeat by leaders Manchester City, while the Magpies will kick-off one place above the Hammers after securing a third successive top-flight win at Burnley on Monday evening.