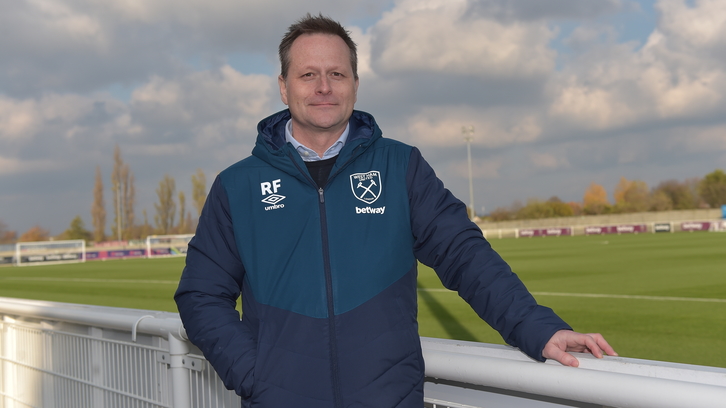 West Ham United are delighted to confirm that Russ Fraser has joined the club as general manager of the women’s team.

Fraser moves to the Irons after three seasons with Reading FC Women, helping the Royals establish themselves in the top flight of women’s football.

“It is an honour to join West Ham United,” Fraser said: “There is an ambitious project being built here and I’m delighted to be involved.”

Managing Director Jack Sullivan believes that Fraser’s experience and knowledge of the women’s game made him the obvious appointment to the West Ham team.

It is an honour to join West Ham United. There is an ambitious project being built here and I’m delighted to be involved.

Sullivan said: “I am thrilled to welcome Russ to West Ham United.

“Russ brings invaluable experience to our set-up. I am looking forward, alongside head coach Matt Beard, to working with Russ for many seasons to come as we push to take this team forward in the FA Women’s Super League.”

Previously director of football at Chelmsford City, Fraser made the move to the women’s game with Reading in 2015, as the side secured promotion from WSL2 to WSL1.

During his time at Reading, the Royals have climbed the WSL and regularly feature in the top group of teams in the division, with Fraser now targeting a similar level of success with West Ham. 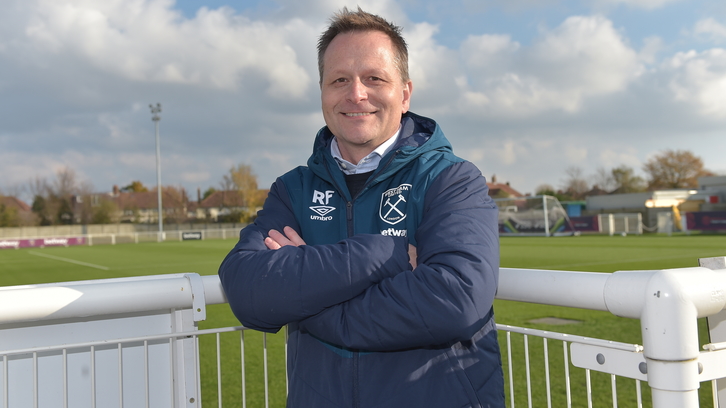 “The noises coming out of West Ham United in regard to the women’s team have always been really positive,” Fraser continued. “West Ham has a ‘one-club’ mentality when it comes to both the men’s and women’s side, and that has been made even clearer since I joined.

“Everyone here at West Ham is behind this project, and has the ambition to see it succeed. From the club’s co-chairman, all the way through the club, everyone wants the team to do well.”

Having settled in at the Irons, Fraser is now working closely with Beard to continue to move things forward at West Ham United.

Fraser added. “I’m optimistic we can bring even more success to West Ham.

“Matt and I are already looking at where we can improve things, including the squad. The hard work has begun and we will work closely together to ensure the team can challenge as high up the league as possible.”