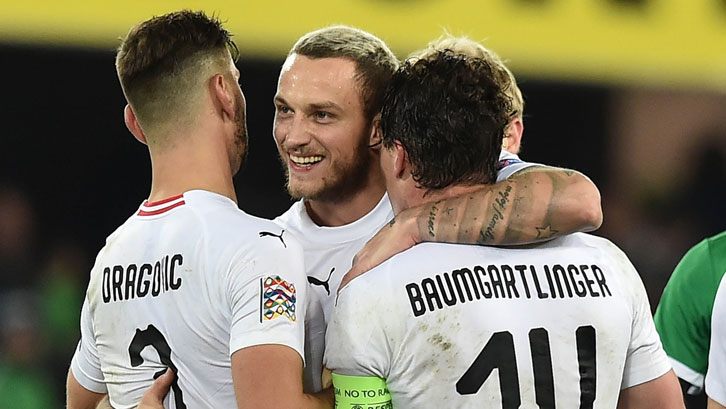 The forward came off the substitutes’ bench with 19 minutes remaining before providing the pass for Hertha Berlin’s Valentino Lazaro to curl an exquisite shot into the top corner, securing Austria a 2-1 victory at Windsor Park.

Arnautovic’s virtuoso performance earned lavish praise from his manager and teammates, with boss Franco Foda lauding his ‘extraordinary skills’, Bayern Munich star David Alaba saying ‘there is no secret he is an important factor for our team’, Bayer Leverkusen defender Aleksandar Dragovic calling him a ‘key player’ and Austria captain Julian Baumgartlinger admitting ‘we got better with him on the pitch’.

Speaking after the game to Sky Sports, the man himself was happy to have inspired his country end their League B Group 2 campaign on a winning note, before stating his aim to help the Hammers to secure a similar result when they host the Premier League leaders at London Stadium on Saturday.

My business is to perform on the pitch, to put in performances and that is what I want to do

“We can be proud of the win,” he began. “We can't be proud that we're not first [in the group], but we came here and wanted to get a win, and we did."

“I will be okay. Two [games] in a row was a bit too much but the gaffer asked me to play the last 25 minutes if needed, and it was needed. I am glad I could help. 20 minutes, that's all I need!

“I [now] concentrate on West Ham and we have a big game against Manchester City on Saturday and I am only thinking about this game and the following games.

“My business is to perform on the pitch, to put in performances and that is what I want to do.”

*If you want to be there to watch Arnautovic and his Hammers teammates in Saturday’s mouth-watering clash with Pep Guardiola’s unbeaten Citizens, seats are available now via the Ticket Exchange.