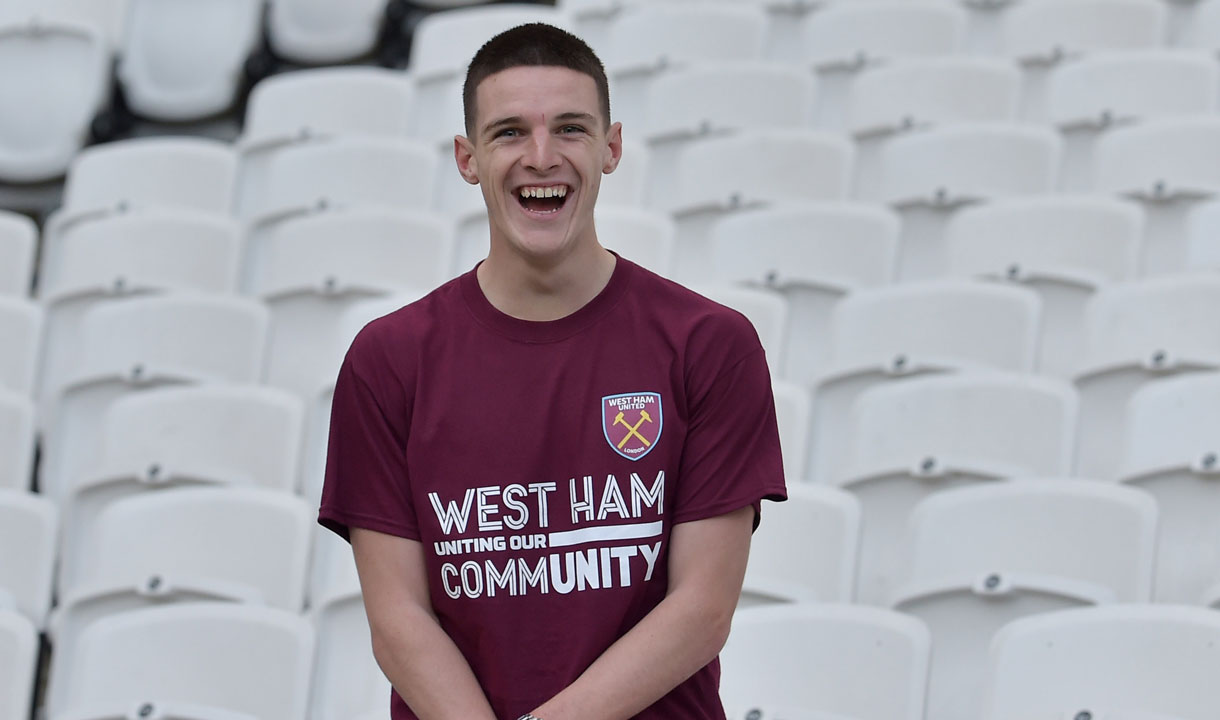 Declan Rice is delighted with the progress he is making in the heart of the West Ham United engine room this season.

The 19-year-old has started the club’s last seven Premier League games at the base of the Hammers’ midfield, helping the team take eleven points over that period.

His presence in midfield actually takes him back to his early days as a footballer in the Chelsea academy, and he is happy to be back in that role at senior level.

“When you’re younger you play in all sort of positions, but it was the under-10 and 11 age groups that I found my position and I was playing in midfield with Mason Mount, who’s my best mate, and Danny Kemp who is in the Academy here.

“It was us three together and I still say to this day it was one of the best connections I had in football.

“I came to West Ham and I got put in at centre back for the Under-18s, playing two years up against Fulham. Using my midfield brain I moved back to centre half, never looked back and now I’m back in midfield again.

“I really like midfield, I love centre half too but you can get involved more in the game in midfield.”

Rice was speaking at the launch of The Players’ Project, where the Hammers men’s and women’s first team players all committed to playing their part in a key strand of the club’s work in the community.

With Accessibility Rice’s area, he explained why it was a subject close to his heart.

He said: “A close friend of mine has family members who are disabled and I grew up in a park called the Dickerage Sport and Community Centre and they used to do a load of event days where kids could come down, everyone can get involved and you can all play and everyone’s happy."