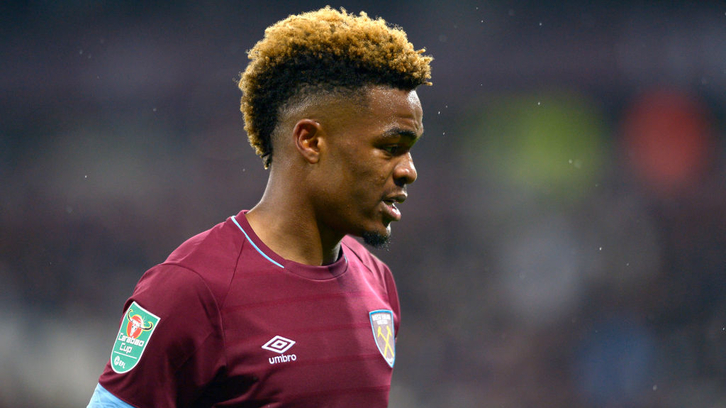 Grady Diangana has been named in the England U20s squad for the upcoming autumn international against Germany.

The 20-year-old will join goalkeeper Nathan Trott in representing the Young Lions for the fixture on Monday 19 November at Colchester United's Jobserve Community Stadium.

Diangana’s call-up is the first time the forward has been selected for an international squad and continues an incredible 2018/19 season for the youngster, who made his West Ham first team debut just six weeks ago.

After scoring twice against Macclesfield Town in the Carabao Cup at the end of September, Diangana has since made four Premier League showings, making starts in the 1-1 draw with Leicester City and the 4-2 home victory against Burnley, in which he registered his first league assist.

Goalkeeper Trott already has six caps at England U20s level, having made his debut for the age group in August 2017 in a 3-0 win over the Netherlands.

The shot-stopper was a part of the England squad that won the UEFA European U19 Championship last summer.