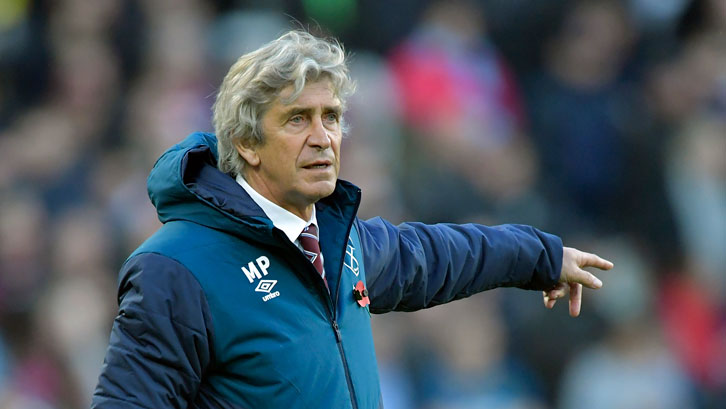 Manuel Pellegrini has no fresh injury concerns ahead of Saturday’s Premier League fixture at Huddersfield Town.

The Irons could therefore be unchanged in Yorkshire, with Marko Arnautovic aiming to add to his team-high five Premier League goals at the same ground he scored at in a 4-1 success last season and Academy graduates Declan Rice and Grady Diangana set to start again.

Pellegrini will be without the suspended Mark Noble, with Pablo Zabaleta again ready to captain the Hammers, while the game has come too soon for Andy Carroll and Jack Wilshere, who could be back in the squad for the visit of Manchester City after the international break.

We have no problems. Not one player had any problems in the Burnley game

“About the Burnley game, I think we played a good game as we were doing before but winning was the most important thing,” said the manager in his pre-match press conference.

“I think that was not an easy game and we had a couple of moments when we were drawing the game, but we finally we got the win.

“Any other update or news about the team? We have no problems. Not one player had any problems in that game.”

Alongside Noble, Carroll and Wilshere, Pellegrini will also be without long-term injury absentees Andriy Yarmolenko, Winston Reid and Manuel Lanzini.