Rio Ferdinand at 40 - Born in the Academy of Football 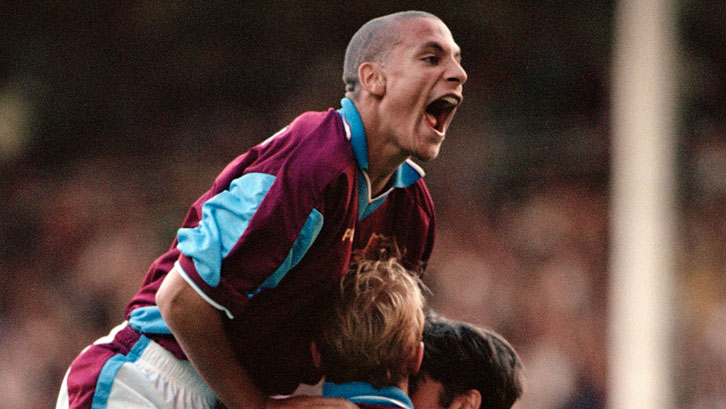 It is amazing to think it is more than two and a half decades since a 13-year-old boy from south London named Rio Ferdinand joined West Ham United’s Academy of Football.

The Peckham-born schoolboy had trained with a succession of Premier League and Football League clubs, but it was with the Hammers that Ferdinand found a home where he could hone his considerable skills.

Having been scouted by Frank Lampard Senior – the father of his future West Ham and England teammate – Ferdinand developed into an outstanding ball-playing defender.

Spring 1996 saw the 17-year-old come to the attention of the wider sporting public, first by leading the Hammers to the FA Youth Cup final, where they were beaten by Jamie Carragher and Michael Owen’s Liverpool, then by making his first-team debut in a Premier League fixture with Sheffield Wednesday.

It would be the start of a hugely-successful, highly-decorated career for club and country.

After a brief loan spell with AFC Bournemouth in 1996/97, Ferdinand returned to West Ham and established himself in Harry Redknapp’s starting XI alongside the likes of Eyal Berkovic, Trevor Sinclair and John Hartson and fellow Academy graduate Frank Lampard.

No player made more appearances than Ferdinand in 1997/98, with his outstanding displays earning a Hammer of the Year award.

Unsurprisingly, Ferdinand’s stock was constantly on the rise. An England debut had arrived in 1997, aged 19 years and eight days, making him the youngest defender to play for the Three Lions at the time.

Such was Ferdinand’s obvious quality, that when the centre-back departed West Ham for Leeds United in 2000, the Hammers received a then-British transfer record fee of £18 million – an amount that also saw him become the world’s most expensive defender.

Ferdinand spent less than two years at Elland Road, but in that time he helped Leeds reach the UEFA Champions League semi-finals and was appointed club captain.

The Yorkshire club’s financial situation saw him sold to Manchester United in summer 2002, becoming the most-expensive British footballer in history, and the start of a sensational 12-year stay at Old Trafford.

During his time with the Red Devils, Ferdinand won six Premier League titles and the UEFA Champions League among a haul of 14 trophies, while also being voted into the PFA Premier League Team of the Year on five occasions.

For England, Ferdinand was capped 81 times and scored three goals. He was named captain of his country in February 2010, leading England at the 2010 World Cup finals.

Now a popular and knowledgeable media pundit, Ferdinand is well received by the Claret and Blue Army every time he returns to east London.

A young player who grabbed his chance to shine, Ferdinand remains one of the Academy of Football’s greatest-ever graduates.