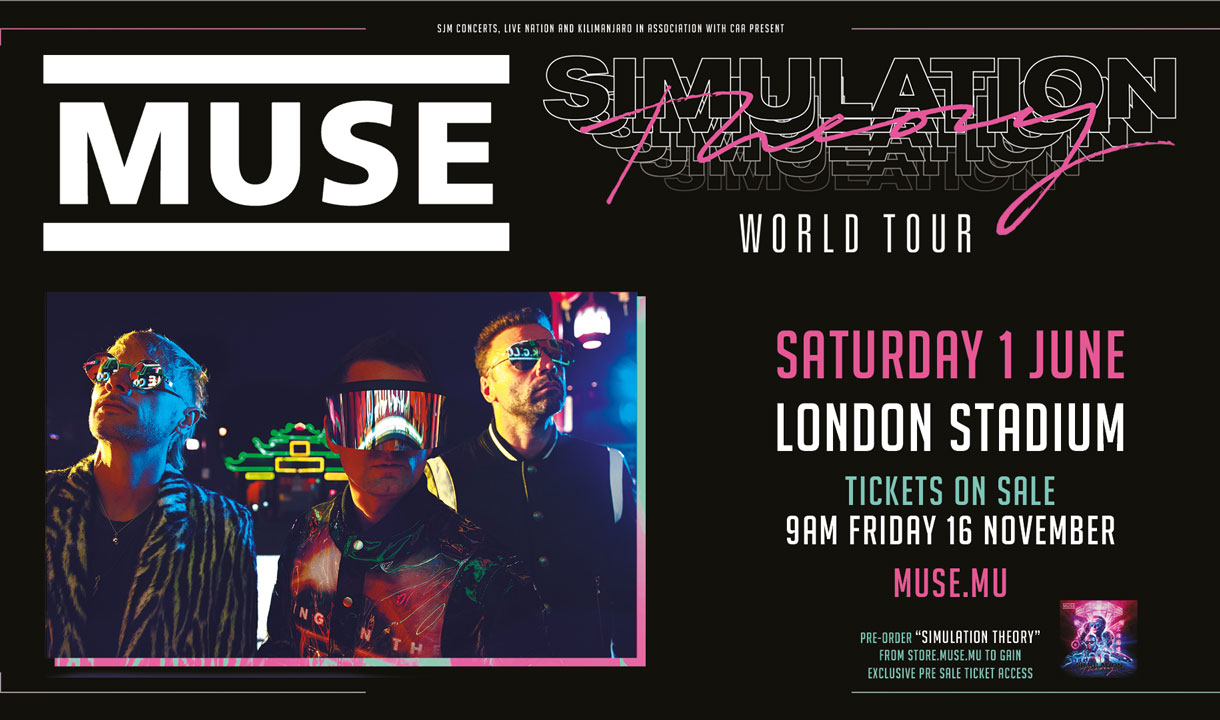 Muse will be playing at London Stadium next June - and as one of the benefits to West Ham United Season Ticket Holders and Club London Members, you can priority access to the venue ticket allocation before General Sale begins on Friday morning.

The iconic trio become the latest global name to play at London Stadium, after taking their Simulation Theory tour across the USA before three dates on mainland Europe, and the Saturday 1 June concert will be Muse’s first major London headline show in three years.

Ticket sale details will confirmed in due course. Season Ticket Holders and Club London Members who are opted in to receive communications from the Club will receive details of how to access the pre-sale by email.

West Ham United are committed to offering our valued Season Ticket Holders and Club London Members wider benefits including access to other stadium events, and with Muse having become globally recognised as one of the world’s greatest live bands, this tour is not to be missed.